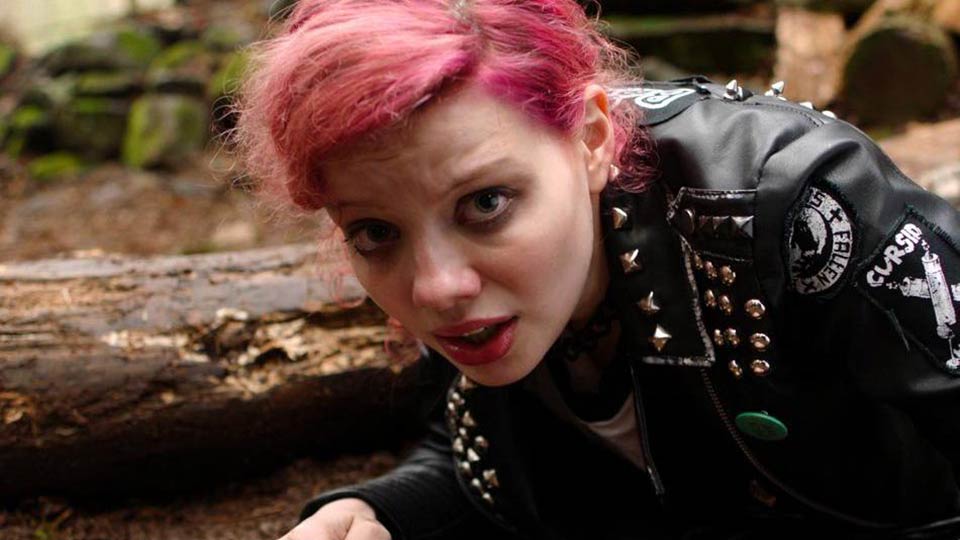 Arrow Video FrightFest 2018 returns for a 19th year and the line-up for this year’s festival has just been unveiled.

This year’s festivities will open with the UK premiere of The Ranger, Jenn Wexler’s directorial debut feature. Described as ‘an explosive, post-modern slasher, with a kick-ass punk soundtrack’, The Ranger features a stand-out lead performance from Chloe Levin (The Transfiguration).

The film also marks the first time a female director has opened FrightFest and Wexler will be in attendance.

Wexler says, “We are honored and thrilled to be selected as this year’s opening night film. I made The Ranger because I love punk rock and ‘80s horror. We can’t wait to share it with fans in the city where punk has its roots, at one of the world’s best genre festivals.”

Arrow Video FrightFest 2018 will screen a record-breaking 70 films from 18 countries and 6 continents over the 5-day festival. That includes 20 World, 17 European and 22 UK Premieres.

The festival will end with the UK premiere of Gaspar Noé’s Climax, courtesy of headline sponsors Arrow Video. The film is based on true events and it’s described as a ‘throbbing whirling dervish is Noé’s Disco Inferno via Dante’s’.

Alan Jones, co-director of FrightFest, said today: “We have celebrated the astonishing vibrancy of this truly independent genre for nineteen years now, and our audience knows that over five joyous days with us they will experience being jolted, shocked, saddened, terrified, provoked, transported, challenged and even transformed. So come and join us on another fabulous voyage of discovery into places many except the bravest FrightFester won’t go”.

He added: “A lot has happened over the past twelve months in the world of horror fantasy. Fueled by a number of head-line grabbing, Oscar-winning, box-office hits, the mainstream thinks it has ‘discovered’ horror in a big way. But the ever-expanding FrightFest community have always known that Horror fantasy has forever been slap-bang centre-stage, and is finally getting the recognition the consistently money-making genre deserves”.

In between the opening and closing screenings, horror fans have a lot to look forward to.

You can also see all of the following over the course of the five days:

The discovery strand will continue to shine a spotlight South American Fantasy films with screenings of Demian Rugna’s Terrified, the European premiere of Ezequiel Endelman and Leandro Montejano’s homage to Dario Argento, Crystal Eyes, the UK premiere of Gonzalo Calzada’s Argentine hit Luciferina and the UK premiere of Gustavo Leonel Mendoza’s Cult of Terror, an engaging documentary look at all the Latin American and Spanish-speaking fantasy festivals.

Female directors are prevalent among this year’s slate. Alongside Jenn Wexler, Aislinn Clark and Anouk Whissell, there is the European premiere of Mitzi Peirone’s visually dazzling Braid, a second screening of Issa López’s stunning Mexican fairytale Tigers Are Not Afraid and Veronika Franz, Katrin Gebbe and Agnieszka Smoczynska’s wonderful contributions to the UK premiere of Euro-fable anthology The Field Guide to Evil.

FrightFest favourite Barbara Crampton will be back with the European premiere of Sonny Laguna and Tommy Wiklund’s fabulous reboot Puppet Master: The Littlest Reich and the UK premiere of Brad Baruh’s weird, wild and blood-soaked Dead Night.

Chris Collier’s documentary FrightFest: Beneath the Dark Heart of Cinema will receive its World premiere. The documentary assembles a vast range of footage from every single past event and puts together dozens of interviews giving an inside look into the festival.

Director Roxanne Benjamin (XX, Southbound) presents an exclusive screening of Final Stop, a horror short produced by Sennheiser and starring Phoebe Tonkin (The Originals). It was shot on a smartphone and recorded in full binaural audio using the AMBEO Smart Headset. The film is designed to be watched with headphones (which will be supplied), so audiences can immerse themselves in the story and its terrifying 3D soundscape.

As if all of that wasn’t enough, there will also be a special screening of Ghost Stories where co-writers/co-directors Jeremy Dyson and star Andy Nyman will host a live commentary and The Duke Mitchell Film Club is back with a hosted presentation of Sam Jones’ documentary Life After Flash. This is followed by the now notoriously popular Duke Mitchell Party, where the audience and invited special guests can expect all manner of madness guaranteed to kick off your Saturday late night in style.

This year’s guest list, special events and the Short Film Showcase entries will all be announced in the coming weeks.

Arrow Video FrightFest 2018 takes place from 23rd to 27th August 2018. Festival passes will go on sale Saturday 30th June at noon and will only be available to buy online from http://www.frightfest.co.uk/tickets.html.

Single tickets will go on sale on Saturday 21st July from 9am.

For full details about this year’s festival, please visit http://www.frightfest.co.uk/

In this article:Arrow Video FrightFest 2018, Frightfest