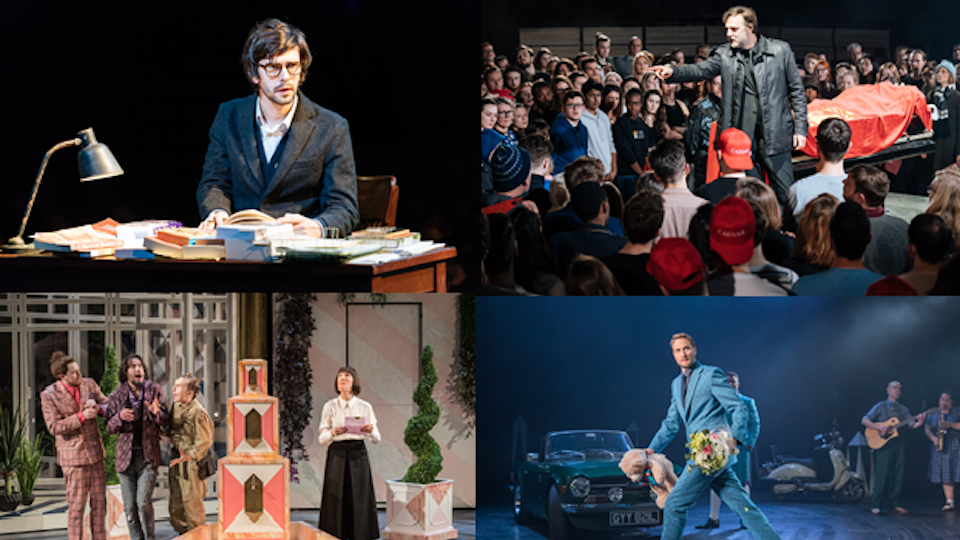 Further screenings will be announced later this summer as part of Wembley Park’s Summer of Play programme of cultural activity taking place over the coming months.

In Twelfth Night, Tamsin Greig is Malvolia in a twist on Shakespeare’s classic comedy of mistaken identity.

A ship is wrecked on the rocks. Viola is washed ashore but her twin brother Sebastian is lost. Determined to survive on her own, she steps out to explore a new land. So begins a whirlwind of mistaken identity and unrequited love.

The nearby households of Olivia and Orsino are overrun with passion. Even Olivia’s upright housekeeper Malvolia is swept up in the madness. Where music is the food of love, and nobody is quite what they seem, anything proves possible.

Caesar returns in triumph to Rome and the people pour out of their homes to celebrate. Alarmed by the autocrat’s popularity, the educated élite conspire to bring him down. After his assassination, civil war erupts on the streets of the capital.

Nicholas Hytner’s production will thrust the audience into the street party that greets Caesar’s return, the congress that witnesses his murder, the rally that assembles for his funeral and the chaos that explodes in its wake.

Summer of Play presents over 300 hours of free arts and entertainment this summer in Wembley Park’s first curated season of events, adding to the headline music and sporting events for which the area is internationally known, as London’s newest creative destination comes alive.

The screenings come ahead of the opening of Troubadour Wembley Park Theatre, a flexible 1,000-2,000 seat capacity theatre being created inside the former Fountain Studios by award-winning Troubadour Theatres.

Troubadour Theatres will run the brand-new theatre in Wembley Park, and will work with well-known and emerging production companies and artists to stage world-class entertainment within a flexible space unmatched by other London theatres.

Summer of Play and the creation of the Troubadour Wembley Park Theatre form part of the ambitious cultural strategy for the £3 billion, 85-acre redevelopment in NW London, Wembley Park is delivering a public art programme, London’s largest Boxpark to date and affordable artist studios alongside 7,500 new homes.

To find out more on Summer of Play visit www.wembleypark.com/summer