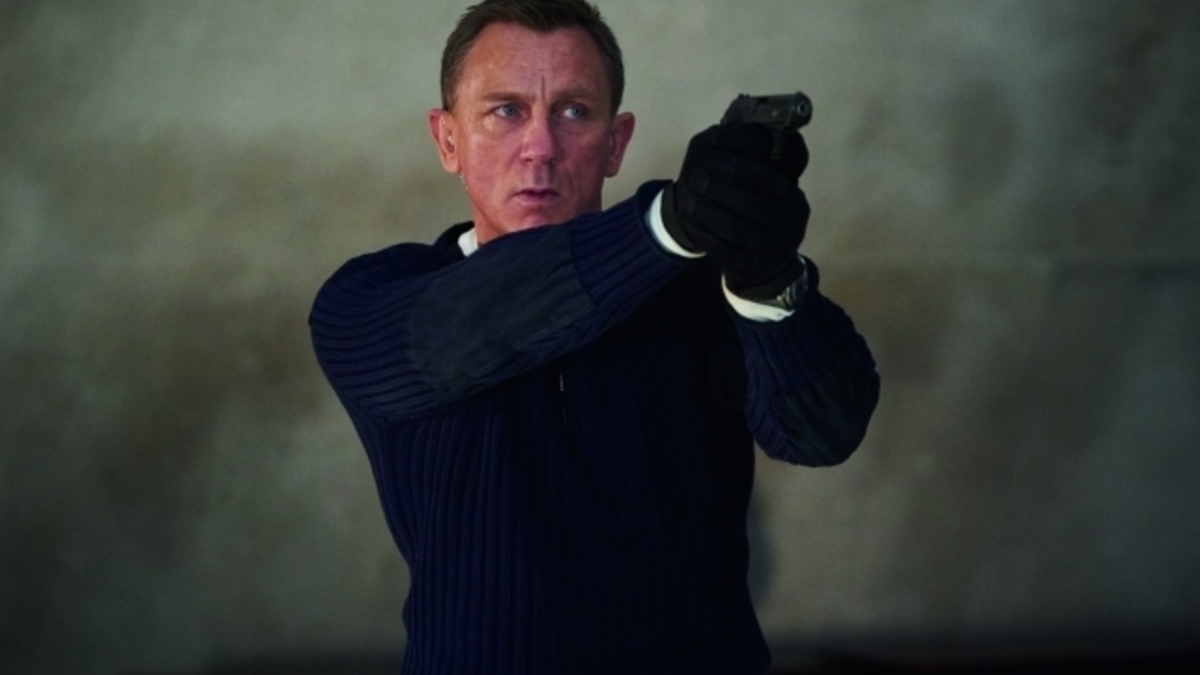 We’ve been expecting Mr. Bond for near-on a year and a half now, and it’s been a long and arduous wait to say the least. Thankfully Bond is back to save cinema itself with the release of ‘No Time To Die’, marking Daniel Craig’s swansong outing as 007 and delivering a milestone 25th official James Bond movie.

Promising much and ending his stint as James Bond in a far more satisfying way than ‘Spectre’ did, Craig once again packs his Walther PPK and a ridiculously large pay-check to take on another megalomaniac and save the world. This time around that madman is played by the Oscar winning Rami Malek (‘Bohemian Rhapsody’) as Lyutsifer Safin. This is a spoiler-free review so I won’t go into too much detail, but Safin’s story ties into every strand of the Craig-era Bond, making ‘No Time To Die’ very much the final chapter of his tenure, and one that references ‘Casino Royale’, ‘Quantum of Solace’, ‘Skyfall’ and ‘Spectre’.

With Bond now out of the spy game, he’s enjoying life with Madeleine Swann (Léa Seydoux). But before long, both of their past histories bring them back into the mix, as Bond looks to stop a dangerous and devastating new weapon from killing millions around the world.

The supporting cast are as assured and accomplished as you’d expect for such a huge movie. Ralph Fiennes continues as M, but this time around we see a much more fallible man who must deal with some of his past choices. Ben Whishaw steals his scenes as Q, but you could have guessed that. Naomie Harris isn’t in this very much, which is a shame, whilst Jeffrey Wright returns as Felix Leiter and is as solid as ever.

Of the new fold, Billy Magnussen is entertaining as a young CIA agent who smiles too often (much to Bond’s dismay). Ana De Armas steals her scenes and is truly excellent here. I’d pay to see her character Paloma in a spin-off film because she absolutely elevates her scenes with verve and energy. A lot has been written about Lashana Lynch and her role in the film. I thought she was a great addition as Nomi, and her story was handled very well, giving the other 00-Agents a chance to showcase their talents, but (crucially) never at the expense of Bond.

Rami Malek is menacing as Safin, but if I do have a criticism it’s that his character isn’t given much time to establish himself properly. He’s fine in the role, but he doesn’t make a lasting mark compared to the likes of Mads Mikkelsen as Le Chiffre in ‘Casino Royale’ or Christoph Waltz as Blofeld in ‘Spectre’. In fact, Waltz’s small cameo in ‘No Time To Die’ leaves a much more lasting impression on audiences than anything Malek is given to do, and that’s a shame.

Daniel Craig is superb in ‘No Time To Die’. It’s the most draining and demanding script Craig has had in his 15 years playing 007 and he clearly relishes the opportunity. This is a deeply emotional journey for not only Bond, but us fans who have spent so many years invested in his story. Whilst many of the Bond films feel singular in approach, ‘No Time To Die’ has definitely been written to culminate a long, emotionally-wrought journey to a plausible conclusion. Craig delivers some of his best work in the film and it marks a fitting finale for the actor… one who has taken the franchise to new heights of realism and dragged it into the modern era. His chemistry with Léa Seydoux is also heartfelt and sincere, giving the film a love story it can firmly believe in.

The film is quite relentless in its action set-pieces and showcase everything that is jaw-dropping and awe-inspiring about the Bond franchise. The film opens with a pre-credits sequence that is simply stunning. If you can, see this film in IMAX – the opening sequence is worth the admission price alone. There’s a lot of nods to Bond’s history too, from the graphics in the title sequence down to the music used throughout the movie and the cars on show. The Aston Martin brand is synonymous with James Bond and the inclusions of the gorgeous DB5, the V8 Vantage, the DBS Superleggera and a brief cameo from the 2022 Aston Martin Valhalla gives ‘No Time To Die’ a legacy vibe that’s unmistakably British.

The 25th Bond film is a real marker of what has come before, but also offers hope for the future. This franchise has redefined itself over the decades and after this magnificent run, you feel that the next iteration of Bond with be ground-breaking once again. There may be people who have an issue with parts of the ‘No Time To Die’ storyline, and I certainly share some concerns, however I can see why certain things happen in the film. Perhaps it’s the bravery of this franchise that keeps 007 on his toes, and subsequently audiences like myself completely mesmerised by its audacious choices. ‘No Time To Die’ is a wonderful return to form, a sensation action movie and a heartfelt goodbye to one of the greatest Bond’s of all time. Throw in a brilliant ensemble, shake gently (not stir) with some breath-taking stunts and outrageous action and you’re left with a classic blockbuster that entertains throughout. It’s sad to see this era of Bond come to an end – bravo on your tenure-supreme Mr. Craig, you’ll be missed.