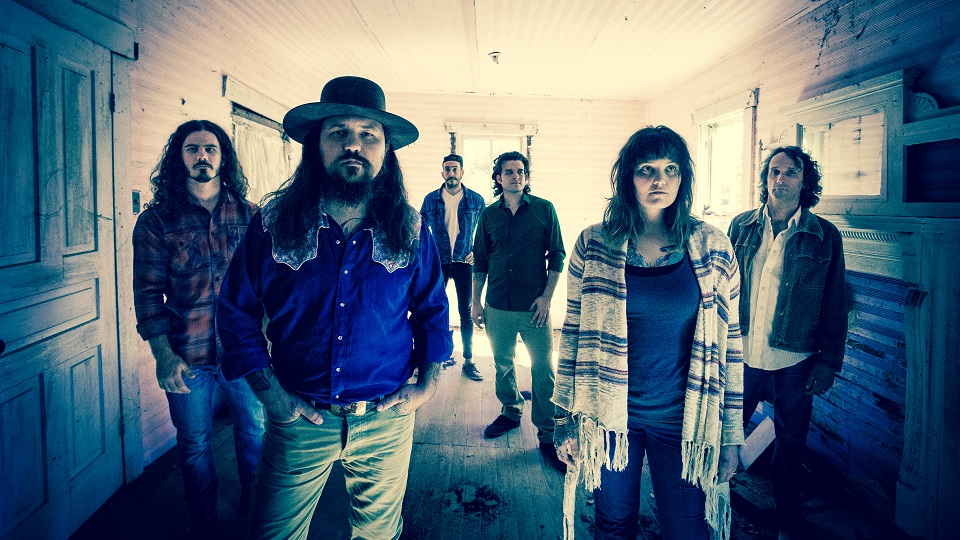 Six-piece band Thomas Wynn and The Believers may be new names to many UK Americana fans, but they’ve been huge in their native Orlando for years.

The group released their debut album The Reason in 2009 and was named the number 1 rock and country/folk band for seven years in a row by the Orlando Sentinel. They’ve toured with artists including Cheap Trick, Drive By Truckers and The Temperance Movement, and are currently out on their first ever UK headlining tour.

I sat down with band members Thomas and Olivia after their set at Black Deer Festival this weekend to talk about the tour, their latest album Wade Waist Deep and their plans for 2018.

How are you finding the festival so far?

Thomas: Great bands, and everybody’s been very kind to us.

Do you find that festival crowds react differently compared to other types of shows?

Olivia: Yeah. It’s different, but they’re still responsive and still having a good time and still wanting to hear music.

Thomas: Even potentially more so than a club, because if it’s a club it may be just your local club and you’re there because it’s your local club. Here, everyone here has made an effort to come and be here. They wanna hear music. They wanna show their appreciation, which is great. Even this early in the day.

What can people coming to see you on your UK tour expect?

Thomas: It should be a pretty good party.

Olivia: You can expect some harmonica… [gestures to band member Dave, laughs]

Thomas: Neither have we! [laughs] One day. We’re kidding! He’s the only one that gets claps after solos. I’ve gotten one or two.

Your debut album Wade Waist Deep came out last year. Were any of the songs particularly easy or difficult to write?

Thomas: The writing is a craft. You work at it a lot. The title track, I’d written that chorus about 10 or 15 years ago maybe and it just didn’t fit with anything. But then there were other songs like Burn As One which I wrote in two hours with a couple of guys. So it just comes as it comes.

Thomas: It has been where the melody and the chorus and the lyrics come as one, and then I’ll put the music behind that. But songs like Mountain Fog or Man Out Of Time in particular, the music came and then the music was made essentially, and then I put lyrics to it once the song was done.

You’re from Orlando – what influence did that have on your style of music?

Thomas: Orlando’s known for Disney but I think with any major city you’ll have a huge amount of all different kinds of music. So we just kind of gravitated towards what we liked.

Thomas: We’re going home in July and working on pre-production for a record. We got a pile of songs and we’re gonna figure them out and make the next record which we’ll record later this year and put out early next year.

Can you give us any hints about the new album? Is it going to be a similar sound to this one?

Thomas: Maybe a little more Americana, maybe a touch less of the heavy stuff, but who knows? We got a pile of songs to pick through and we’ll pick the best ones.

See Thomas Wynn and The Believers on tour in the UK: