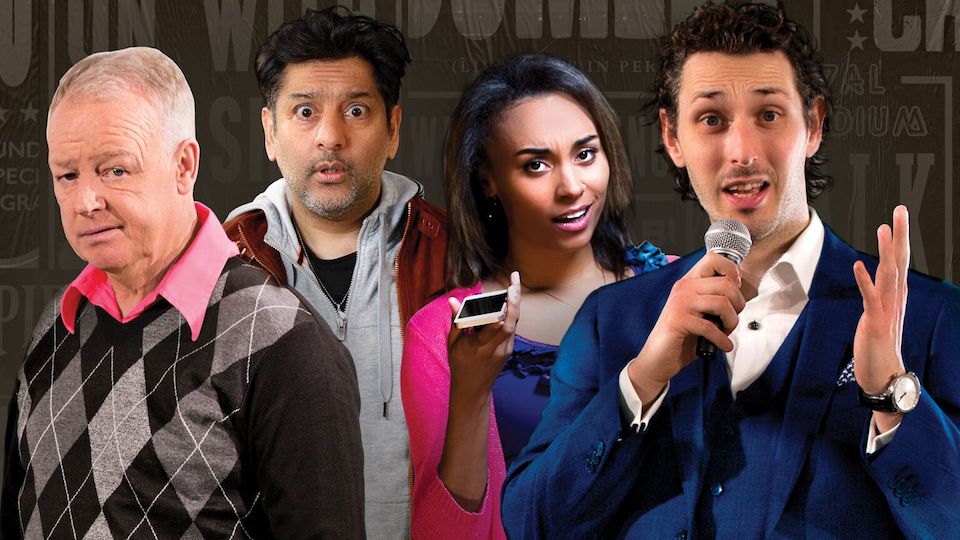 Penned by acclaimed writer Danny Robins and directed by Hannah Price, audiences will meet a former national treasure who begins to reflect on his fading career and embrace his dimming stardom, his life is upended by the surprise arrival of the nation’s favourite young comedian.

Les Dennis (who starred in well-loved TV comedies The Russ Abbot Show and The Les Dennis Laughter Show performing sketches and impressions as well as popular host of ITV’s Family Fortunes between 1987 and 2002) will star as Bobby, who was once a household name with 20 million TV viewers – but now the laughter has faded. Resigned to a life of solitude and second-rate panto performances, his glory days are behind him. When Michael (Blake Harrison, star of Channel 4 hit sitcom The Inbetweeners), the nation’s favourite comedian, arrives at his door asking desperately for help to save his career, Bobby is unwillingly thrown into the limelight once again.

A dark question lurks behind the laughs: What if, inside, you’re not the person everyone thinks you are?

In addition to his popular role as Masood Ahmed in EastEnders (BBC One), Nitin Ganatra’s stage roles have included Animal Farm (Belgrade Theatre), As I Lay Dying (Young Vic), D’Yer Eat With Your Fingers? (Stratford East Theatre) and Haroun and the Sea of Stories (National Theatre).