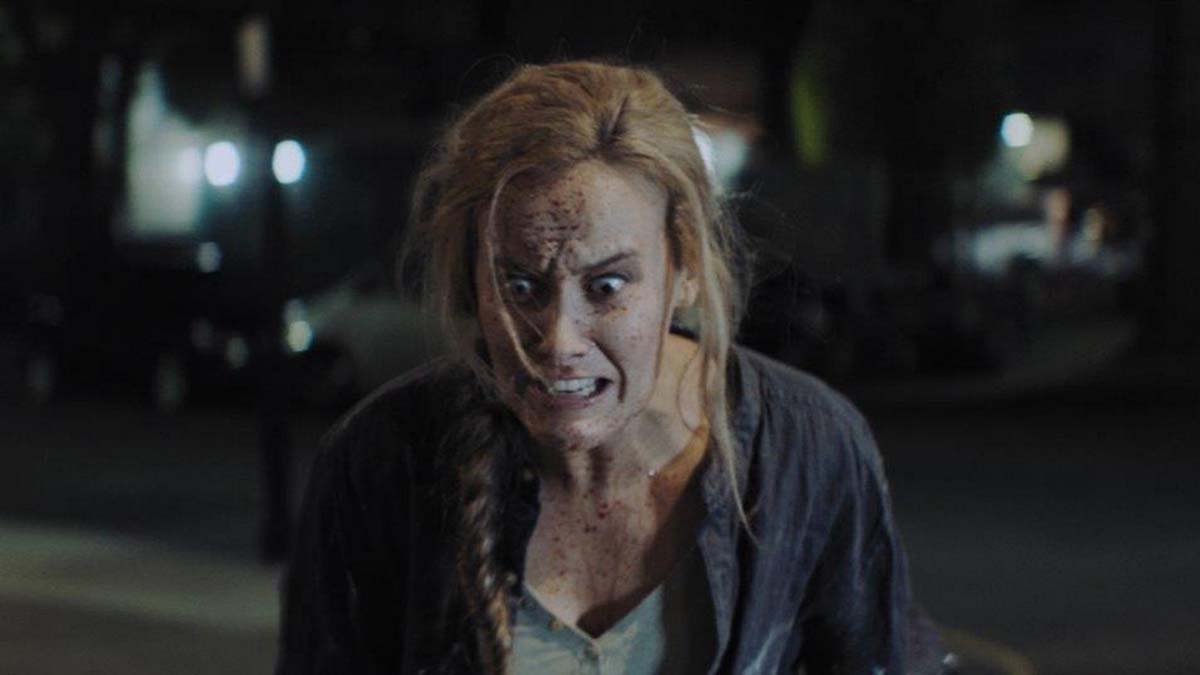 Helen (April Pearson) is the only witness to her father’s suicide but moments after she’s hit by a car. Waking up over a year later, Helen is shocked to discover that her unborn baby survived and that her husband Greg (Blake Harrison) has been forced to move them into her late father’s flat. Haunted by what she saw, Helen can’t remember the last conversation she had with her father and when she starts to see and hear strange things, she begins to investigate why her father killed himself.

‘The Kindred’ is the new film from director Jamie Patterson, who directs from a screenplay by Christian J. Hearn. A slow-burn psychological thriller, ‘The Kindred’ is taut with plenty of twists and a mystery that unravels at a satisfying pace. Patterson wastes no time grabbing you attention and for the 94-minute duration, he keeps you on your toes. We see Helen discovering what’s happened to her before she reluctantly leaves hospital and into her father’s flat. Her husband Greg is pre-occupied with his job, trying to make ends meet, while Helen not only has to learn to walk again but how to be a mother to a child she has no recollection of giving birth to.

Visual tricks and jump scares are plentiful throughout the film but Patterson never overuses them. Instead he puts all of the focus on Helen with camerawork that makes you feel as if you’re in her shoes. While Greg doubts his wife, Helen finds a friend in Frank (James Cosmo), a man who knew her father and has lost his daughter. As Helen digs deeper in her investigation, she leans heavily on Frank determined to get the answers she seeks, as well as Detective Shepherd (Robbie Gee) who is trying to close her father’s case. Her search uncovers a secret far more shocking than she could ever have imagined but it’s a fun puzzle for the audience to try and work out.

The film really is a showcase for April Pearson (Patterson’s real-life wife) who is magnificent as Helen. She holds the film firmly on her shoulders and you can’t help but immerse yourself in her journey. Helen had more than a year of her life taken from her and the world she wakes up in makes less sense. Pearson really embodies strength and fear as Helen, and this performance marks her out as an actor on the rise. She’s surrounded by a fantastic ensemble too with James Cosmo turning in a nuanced performance as Frank and Blake Harrison leaving comedy behind for a more dramatic role, and impressing in the process.

‘The Kindred’ is an incredibly well-made film and it’s jaw-dropping to think it was shot only in 12 days. Patterson is a fine director who clearly understands the genre and his less-is-more approach results in a very effective film.  I heard a few audible shrieks from the audience at key moments and it was quite thrilling to be back at a film festival, with other people, watching a darn effective horror. ‘The Kindred’ is definitely a highlight of Arrow Video FrightFest and Patterson and Pearson are without a doubt a winning combination.