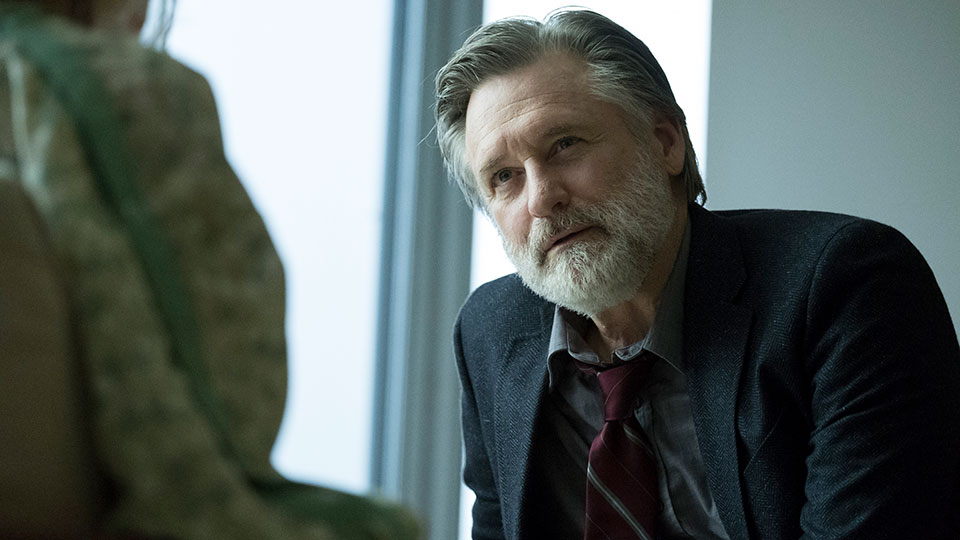 USA Network’s The Sinner proved to be a surprise hit when it debuted in 2017.

Telling the story of Cora Tannetti (Jessica Biel), a woman arrested for murdering a man during a trip to the beach with her family with seemingly no motive, viewers were gripped as Detective Harry Ambrose (Bill Pullman) unraveled the mystery. The series is returning for a second season in August and Bill Pullman will be back to solve another case.

I caught up with Bill to find out what we can expect from season 2, discuss the critically acclaimed first season, and to talk about the complexities of his character.

The second season of The Sinner will be arriving soon and the trailer just debuted online. It looks like an even darker storyline this season. What can you tell me about the premise?

It’s a chance to see what modalities from the first instalment are picked up for the second. It could have gone a lot of different ways but it’s ended up with this story of Ambrose being called back to his home town in western New York State, around four hours from where he had been living, because there has been a double murder that’s committed by a young boy that was the son of the couple.

What’s it been like for you to be surrounded by a new cast for season 2, including The Leftovers star Carrie Coon?

Well we’re still in it. We’re in our third episode so we’re just really getting it going and everything but there’s quite a good sense that we’re in a very fertile field, as the farmers would say, because there’s quite a few interesting characters. There’s a number of them that Ambrose is dealing with that allows the story to have a little bit more of a wider expanse. So much of it was localised with Cora and Ambrose (in the) last instalment and now there’s three or four different characters who Ambrose is clearly negotiating with about who’s on the level and who isn’t. It makes it a very lively journey so far and everyone’s encouraged.

During season 1 Ambrose really went through the mill in terms of of his professional and personal life, and he was fighting off his demons. What state of mind is he in when season 2 starts?

The feeling was that the journey with Cora was portentous for him because he was hiding a lot of ambivalences and buried impulses. Somehow through his relationship with Cora, as it eventually evolved, he experienced a kind of intimacy he hadn’t had up to then that allowed him to sense that maybe he needs to straighten out and fly right for a bit. At the top of the second installation his attempts to stay on the rails, as we say, is in place and he’s looking to not get diverted with his inclinations.

The relationship and interaction between Ambrose and Cora really was fascinating to watch play out during season 1. As you mentioned there was an intimacy there and at times I felt they behaved like father and daughter. Was it interesting for you as an actor to get to play out all these different facets of the relationship?

Yeah. Ambrose’s relationship to his own daughter is not very successful. There’s a lot of ways in which those kinds of relationships can be about power and insensitivities toward each other that can be very heightened unlike normal other relationships. With Cora there was a level of openness that they get to. They realise they are probably the only people that can talk to each other like that.

Ambrose is written in a way that you don’t see many characters written on TV. Is that something that attracted you to the role in the first place?

Yeah. I think in many stories now it’s extraordinarily rare people with rare skills (that) get revealed with common impulses. They’re either specially trained in whatever they’re dealing with but these are really extraordinarily common people with normal skills having extraordinary impulses. That kind of flip of it feels like, for me, something that is rare to get this kind of material and to be able to investigate it. I’m not used to television so that idea of stretching a story to eight episodes is really exciting to me in this circumstance because the nuances and shades of grey become really vivid ones to play.

Originally The Sinner seemed like it was going to be a limited series one season show. Did you have any hesitation when the show was renewed for a second season or were you just quite excited to be able to develop Ambrose even further?

The most anxiety was thinking ahead that I hoped it worked for Derek Simonds particularly because he and the writers and Jessica (Biel) had to come up with a second instalment from this premise. His heart and mind and soul were collected in it and he’s got a group of writers. I wasn’t apprehensive myself but I just really hope that we can pull it off because of their investment in it all.

Is Ambrose a character that you would like to continue to play should the show be renewed for further seasons?

Oh yeah! We’ve talked about it. Derek’s very collaborative so it’s been a really rewarding thing to me and there’s quite a bit of autobiographical things that are in this too (laughs). It’s really exciting and it’s always preconditioned with the, ‘if things go well wouldn’t it be interesting if…’. We’ve had those speculations. We’re aligned with if it were to continue how it could continue to flow and shape.

You’ve had a very long and successful career on the big screen and now the small screen. I feel this role is something so different. How have fans reacted and what kind of feedback have you had?

I think there’s an incredible interesting kind of empathy that people have for a complicated character. Some people may be kind of, ‘do I have an investment in somebody who is wrestling with things internally?’ and then others have more of a sense of, ‘what a creepy situation’. I think there is a level in which the series has this kind of sinister side or a sense of ominousness about things and there is a sense of sexuality. All of that can unnerve some people and I appreciate that. That’s part of what this about, looking at ourselves. Those things are part of what makes us complex and surprising, and sexuality is a part of it and denial is a part of it. Part of the experience of watching this journey is it’s not the most comfortable journey for the viewers as well as the characters but it seems to be satisfying.

During season 1 you had a lot of scenes with only Jessica and they were very intense. How much trust do you need to have in each other to be able to pull those off convincingly?

As you know there were quite a few scenes that may only play for two minutes but you’re living in a condition for the whole day sometimes or a whole morning. That ability to sustain a certain investment as these two characters are locking horns and or being on each other so much, it means you have to stay inside of that. I really appreciated working with Jessica and we helped each other stay inside this circle in the time that we had to do these scenes. She was a great partner on that journey.

Why should fans of the first season tune in when season 2 of The Sinner premieres?

I think the first eight episodes had a sense of how you peel away a mysterious onion and the fact that it actually is something that we do quite a bit. To see it sustained in a second whole different set of context and characters and everything, I think gives you another perspective to peel the onion and that’s kind of exciting.

The Sinner season 2 premieres on USA Network at 10pm on 1st August 2018 in the US. The first season is available for UK viewers to watch on Netflix.

Advertisement. Scroll to continue reading.
In this article:Bill Pullman, Jessica Biel, The Sinner