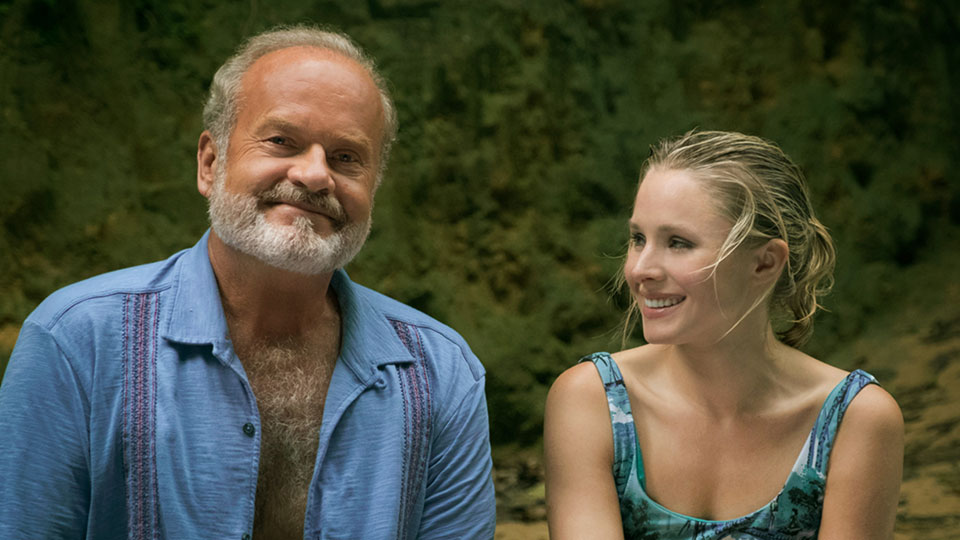 The comedy drama is written and directed by Lauren Miller Rogen and from the look of the trailer it’s going to as touching and emotional as it is funny.

When a workaholic young executive (Kristen Bell) is left at the altar, she ends up on her Caribbean honeymoon cruise with the last person she ever expected: her estranged and equally workaholic father (Kelsey Grammer). The two depart as strangers, but over the course of a few adventures, a couple of umbrella-clad cocktails and a whole lot of soul-searching, they return with a renewed appreciation for family and life.

The trailer shows Bell’s character getting ditched at the altar and she’s surprised when her estranged father (Grammer) shows up for the wedding. The two end up getting drunk together and the next thing they know, they’re on her honeymoon cruise.

From there it looks like things get tense as the two try to reconnect but understandably it doesn’t go smoothly.

Take a look at some images from Like Father in our gallery below:

Like Father will launch globally on Netflix on 3rd August 2018.

Advertisement. Scroll to continue reading.
In this article:Kelsey Grammer, Kristen Bell, Like Father