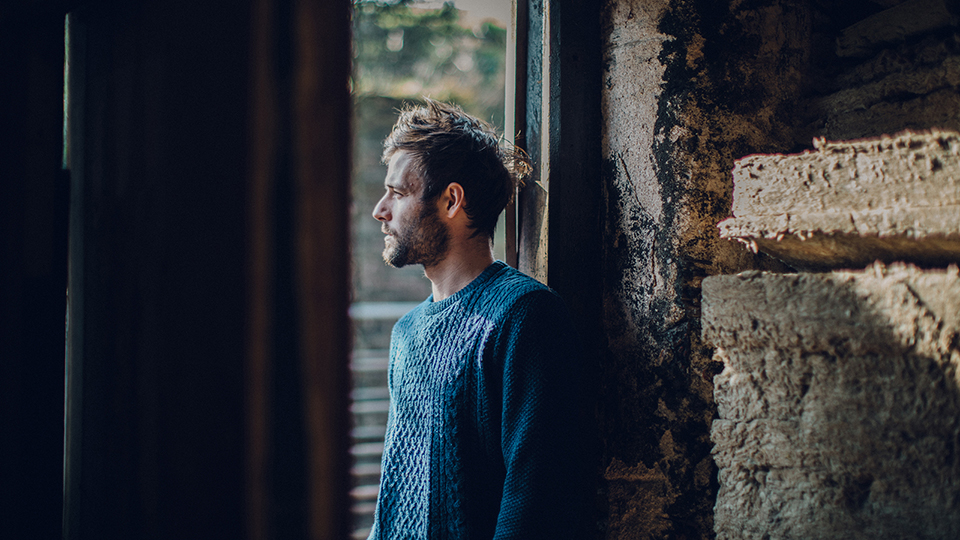 Since releasing his debut album Little Giant in 2014, Roo Panes has become one of the darlings of the UK folk scene. He’s racked up over 160 million Spotify streams and 13 million YouTube views, and his music has been championed by Lauren Laverne, Annie Mac and Zane Lowe. Now he’s back with his third album, Quiet Man, which sees him working with producer Chris Bond (responsible for Ben Howard’s Mercury-nominated album Every Kingdom).

The album opens with A Message To Myself, the first single from the record. It’s a soft, dreamy song with echoey vocals and a delicate piano melody, and shows off the warmth and huskiness in Panes’ vocal really nicely. He’s got great control on the high notes, putting me in mind of James Vincent McMorrow, and I liked how the added layers throughout the song reflect the growth in confidence in the lyrics. The strings add classic folk vibes too.

One thing which particularly struck me about this album was how much it feels immersed in nature. My Sweet Refuge features a raindrop-like piano effect alongside punchy drums, whilst Sketches Of Summer’s intro put me in mind of a river crossed with a music box. Meanwhile, A Year In A Garden contrasts its driving, jangly melody with downbeat lyrics before building into a tremendously positive chorus as Panes sings about missing a lost loved one and holding on to the thought of seeing them again someday.

Those themes of steadfastness, persistence and faithfulness crop up repeatedly on the record. The bittersweet A Gift To You praises a lover who stuck by Panes through good and bad times, with its quivering strings reflecting the uncertain shake in Panes’ vocals. Cub blends quick lyrical delivery, a sunny melody and crashing drums as Panes urges a young person to stay true to themselves, whilst the anthemic Warrior’s organ intro and swaggering horns are toned down by the subdued piano. Love is also a key concept of the album, particularly on the title track where Panes brilliantly captures the relief, joy, hope and fearlessness of falling for someone.

One of the highlights of the album for me was Ophelia. The romantic, midtempo track has plenty of lush harmonies and a guitar melody that rattles and shimmers by turns, with Panes’ vocal soaring on the uplifting chorus. It’s a song that I can see a festival crowd singing along to in full voice with their phones in the air. At the other end of the scale, the atmospheric My Narrow Road pairs a steady guitar rhythm with Nick Drake-esque vocals. Panes throws in some great turns of phrase – most notably ‘the architecture of my face’ – and there’s a wild, pleading quality about the song that makes it incredibly powerful.

The album ends with Peace Be With You, a low-key song which showcases the timbre of Panes’ vocals and his skilful guitar playing due to its stripped-back arrangement. The backing vocals give the song an almost choral feel and it’s a nice relaxed way to end the record.

Overall Quiet Man is an intimate and emotional album that shows why Panes is one of the most critically acclaimed folk acts in the UK. The simple arrangements and lush, full sound show off his talents as a lyricist, guitar player and vocalist, and there’s a lovely laid-back quality to the record which makes it perfect for lazy summer days. If I had one criticism of the album it might be that sometimes the songs can merge into one another a little bit, but this is still well worth checking out for fans of modern folk.

Advertisement. Scroll to continue reading.
In this article:Roo Panes