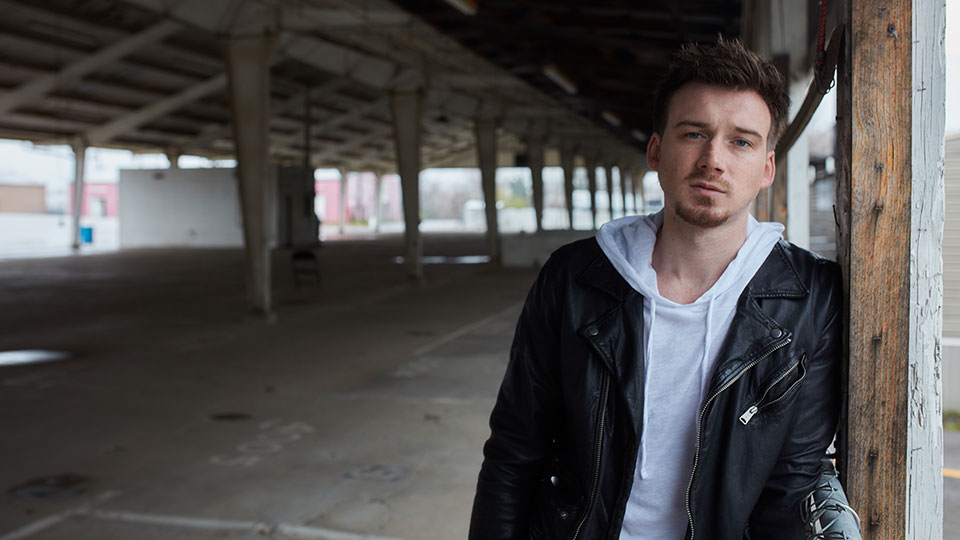 Morgan Wallen is a Country star on the rise thanks to the breakthrough success of his single Up Down featuring Florida Georgia Line.

With that track earning Gold certification, Wallen has been building on his success with the release of his impressive debut album If I Know Me. The album showcases an artist poised to be one of the biggest breakout stars the Country genre has seen in some time.

I caught up with Morgan following CMA Fest to talk about the success of Up Down, the soulful edge to If I Know Me and to find out if he’s planning on coming over to the UK.

You surprised everybody at CMA Fest over the weekend by getting up on stage with Florida Georgia Line. What was that like for you?

Yeah man, it was somewhat of a surprise for me too! The whole week I didn’t have any expectations of that happening and then yesterday about 5pm I was told they wanted to sing Up Down. That’s obviously a no brainer to be going out there singing in front of 60 or 70,000 people, which I believe is what it was. It’s one of those things you won’t forget. There was just an energy that it brought to the whole stadium and people were singing super loud. It was super, super special and super, super humbling for me.

You’ve been getting in some practice recently as you’ve opening for Luke Bryan on his stadium tour. Those audiences must be insane…

Yeah man it’s a whole different feeling than anything up I’ve done before. It’s so big so it’s a little bit harder to connect with the fans. He’s playing in front of 60,000 and I’m playing for probably about 20 or 30,000, which is still insane. The distance alone between you and the fans is something that you have to work on and also the distance between me and my band because the stage is so big. I can be 200 feet away from them at times. You’ve got to make sure your inner ears are dialled in down and make sure you don’t take those otherwise you’ll hear the drum kick about three seconds later than when it happens (laughs). It’s little things like that you have to work on but my overall experience has been incredible. Luke’s camp is super good and super cool to me and my guys. The amount of exposure that we’re getting from these shows is crazy man! I’m super blessed to be out there.

You mentioned that it can be difficult to connect with fans when you’re performing in a stadium. What has your technique been to make sure you have a connection?

We’ve only played two stadium shows so far and then we’ll get a couple more in this week. The first night I played a different set than the second night, where I played a whole new set, just trying to see which songs of mine that the fans love because I only get 25 minutes. I’m just trying to figure out which songs of mine that the fans love to hear live the most. That’s only really five or six songs (a night) I get to play. I’m working on that man and I added a little medley of songs that I grew up listening to and things like that, which I think is really cool for them because they’re all songs they know. It also lets them know what kind of guy I am and what I grew up listening to. It gets them to be a little bit more personable with me. I’m sure a lot of them have yet to hear my music. I’m trying to make sure that they realise I’m just a human being up there and that we love to have a good time just like they do. We’re trying to do what we do in our headliner shows but on a bigger scale.

Up Down has been a huge hit for you. Have you been surprised by the success of the song?

You know any time that you have a song that people connect with and love as much as you do it’s really awesome. I think when we first recorded the song we knew that we had something special. It was just one of those songs that brought a whole fresh energy to any situation man, it made me smile then and it still makes me smile now to play it and to hear it. I truly believe it’s a special song and any kind of song that can make you smile or take you away from how hard everyday life is, I think it’s a special thing. For me to be a part of something that can help people and that can connect people in that way and connect us in that way, it’s awesome. To see it doing what it’s doing is really awesome.

The track features Florida Georgia Line and they seem to have the magic touch right now. What’s it been like working with those guys and having their support?

Man those guys are as talented as they get. As songwriters, as performers and as vocalists they are top notch, and as much as they are that, they are just the same as dudes. They have been just like family to me from the beginning and it means a lot because I was a fan of them first. Then to meet them and become friends with them, start writing with them, play shows with them and then ultimately to have them on a song with me… I never thought that anything like that would happened to me. I remember hearing their songs on my buddy’s boat about five years ago and just getting to know t heir music. To be a fan and then come back full circle and be on a song is special. I’ve learned from them a lot about songwriting. We are all very alike. For me to consider them some of my best friends is special.

I was surprised by your debut album If I Know Me. I thought from the first two singles that I had a handle on who you were as an artist but the record is a lot more soulful in places than I expected. Tell me a little bit about how this record came together and what you wanted to achieve with it…

I’ve got a little soul in me man! I love that sound. I love to put a little heart and emotion into some songs. You’re always at different places in life and for the most part the album is a feel-good type of album because that’s just where I am right now. I’m happy, I love where I’m at. If things were to change and something happened and I wasn’t that way, I’d put out an album that reflected that. I just want to be genuine and I want people to know that I mean what I’m saying. I’m not trying to be anything I’m not. If that comes across in my album then I’ve succeeded.

Yeah man, that’s exactly what I was going to say. I grew up mostly listening to classic rock and contemporary Christian music, if you can believe that or not? Once I got to middle school age I really loved the whole Three Doors Down, Linkin Park and all that kind of thing that was going on. I really loved. Country was something that I discovered a little bit later, as far as my love for it, and it was Eric Church’s Love Your Love the Most probably 10 or 12 years ago. I fell in love with that song and fell in love with Eric Church as an artist. I started digging deeper into Country music and realised how much I loved a lot. I was born in a place where there was only 1,100 people people or something like that so I related to what the genre speaks about. When I started writing songs, I just naturally wrote Country music. I didn’t plan on it being that way, it’s just how it was. I grew up listening to a little bit of everything.

You co-wrote Jason Aldean’s song You Make It Easy and it’s my favourite song of his to date. What’s the story behind that one?

Oh wow, thanks man! I’m a huge fan of Jason as well. I can pretty much sing all of his songs in his whole catalogue so to be a part of that is really cool for me. I actually wrote it with the boys from Florida Georgia Line. We were out on the road and they have a publishing bus that comes out so they have writers out there. We wrote together that day and we were just talking about how the artist lifestyle is not necessarily that easy on a relationship but we got talking about how their wives somehow made it seem that way. We started going and that was one of those days when the song just kind of kind of fell in our laps. That doesn’t that happen all that often but we wrote that song really quick. Once we got the title we just started going and a couple hours later we had the song. It was just one of those things. Like I said they don’t come often but when they do you thank God for it and the fact that Jason sang it and wanted to record it was just an added blessing.

Are we going to see you over here in the UK doing some live shows soon?

I don’t know for sure but I would love to. I’ve never actually been over there in my whole life so I would want to make a thing out of it. I would love to come over their and play some shows, maybe do some sightseeing, learn about some history and things like that hour. I would absolutely love that. I’m going to try to make it happen at least within the next couple of years. I’m sure I’ll be over there sooner than later and I can’t wait.

Morgan Wallen’s album If I Know Me and his current single Up Down featuring Florida Georgia Line are available now.