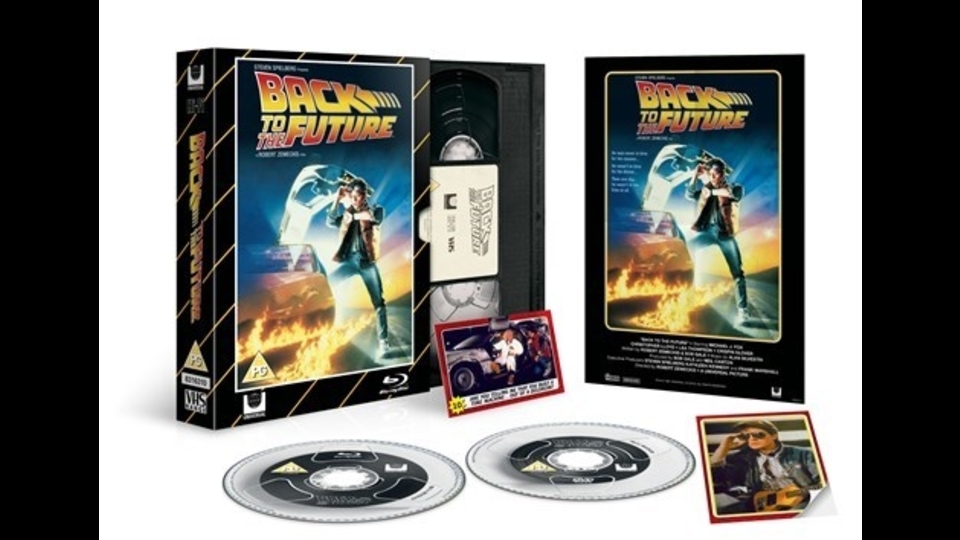 Well this is something to get the collectors amongst you excited! HMV have announced a series of new VHS inspired retro Blu-ray releases which are now available to pre-order from https://store.hmv.com/

Each of these 12 80s titles are taken from Universal Pictures and Paramount Pictures back catalogue and feature a retro sleeve inspired by their original CIC VHS release.

The 12 titles announced are led by the greatest movie of all time – Back to the Future along with Scarface, The Thing, 48 hrs, Beverly Hills Cop, Top Gun, The Blues Brothers, Airplane!, The Warriors, The Breakfast Club, Ferris Bueller’s Day Off and E.T.

The box is imprinted with a VHS cassette design, but with the height of a DVD to ensure it fits on shelf.

Inside the collectors sets are copies of the movie on both Blu-ray and DVD which feature cassette reel disc art. They also include a fold out replica theatrical poster of the featured film and some cool added extras – a bubblegum card and a sticker.


Please note though that a playable VHS tape is not included in the set. If you want one of those we suggest searching some online auction sites!

All the titles are limited edition so are expected to sell out really quickly before they hit the shelves on 30th July 2018. Hurry while stocks last!

It’s great to see a retailer really taking the time to appreciate the back catalogue legacy of the classics and deliver innovative new sets that will be a joy to own.

Let’s hope other studios join up soon so that we can relive the good old days with some amazing pieces of retro-inspired art to go along with owning these classic movies.

Check out the box-art for Top Gun, The Breakfast Club and Scarface below!