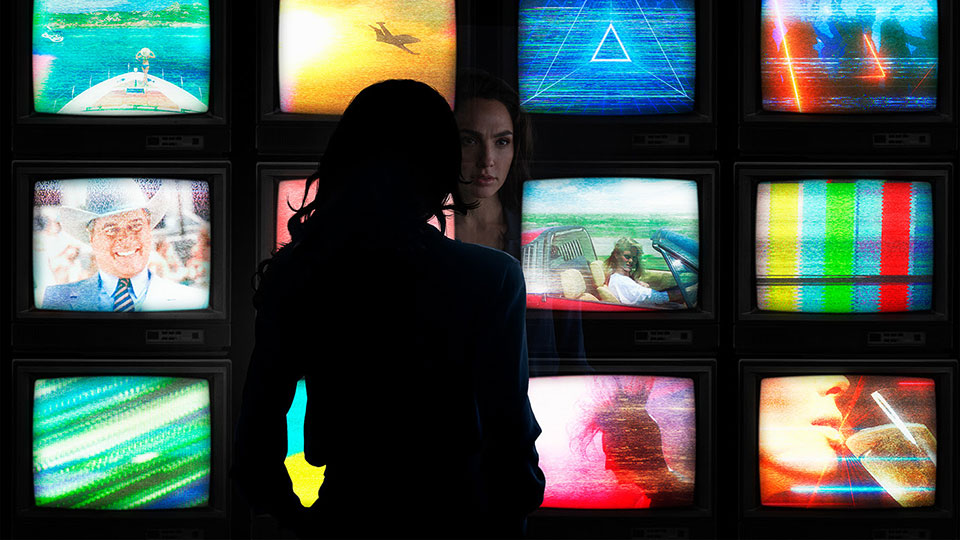 Gal Gadot reprises the title role and she can be seen with her back to the camera while she looks into a wall of TV screens. You can see her reflection on the screens.

In the second photo Chris Pine’s Steve Trevor is stood in a shopping mall outside an ice cream shop.

Wonder Woman 1984 will see the superhero go up against The Cheetah, played by Kristen Wiig. Pedro Pascal also stars. Patty Jenkins returns to direct following the huge success of Wonder Woman, which took $822 million at the worldwide box office.

Production on the film is taking place in Washington, D.C., Alexandria, Virginia, and in the UK, Spain and the Canary Islands.