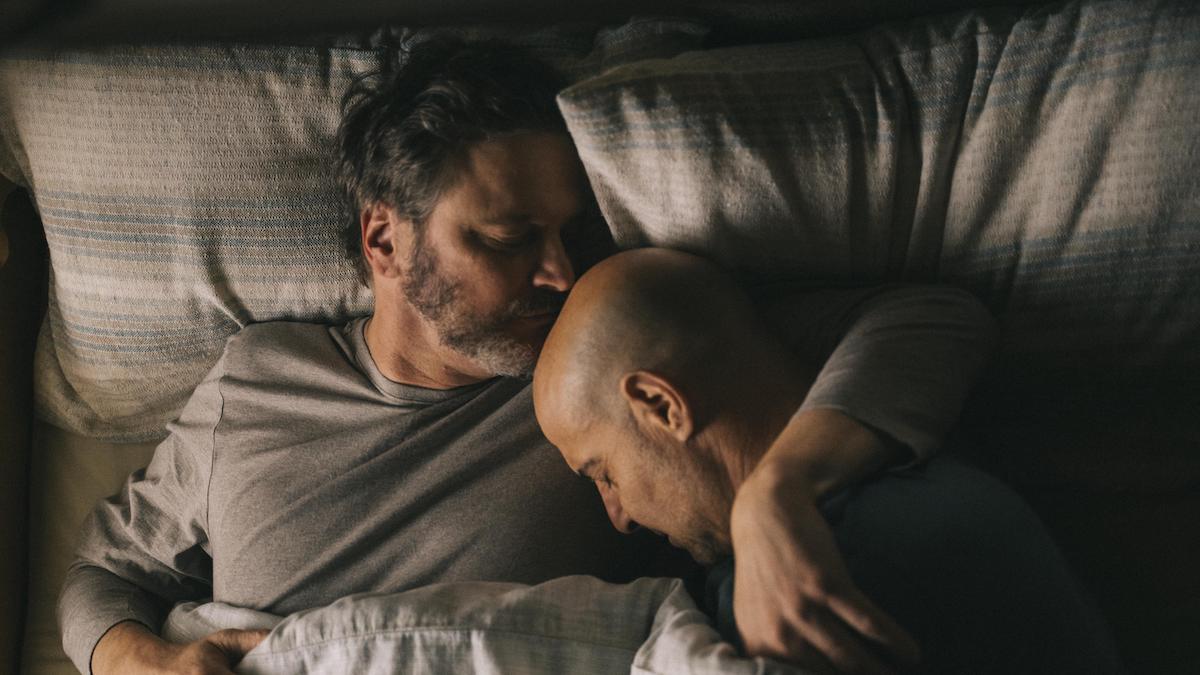 Married couple Tusker (Tucci) and Sam (Firth) are on a road trip, driving their old camper van through the countryside of Northern England. They’re on their way to see friends and family, revisiting places from their past along the way. Tusker has recently been diagnosed with early onset dementia, and this trip is likely to be the last time they will spend together before the illness begins to take hold.

Macqueen’s writing and direction is beautifully understated. Much has been made of Firth and Tucci’s longstanding friendship contributing to the easy chemistry between them, but Macqueen’s deft touch captures the texture of the central relationship through the small character beats and in-jokes that convincingly convey their shared history. He takes the same restrained approach to the insidious creeping of Tusker’s illness, as the small incidents begin to mount up. A lost word. A struggle to button up a sweater.

As the road trip winds towards its conclusion—Tusker has convinced Sam (a former concert pianist) to perform one last recital—the two must inevitably confront the reality of their situation, and how this cruel disease will see their lives unravel. Elegantly exploring the inherent selfishness of love, driven by fear of loneliness, ‘Supernova’ quietly and skillfully gets under your skin. There’s no melodrama or distracting contrivances on display here, just two actors on top form, working with terrific material.

Colin Firth and Stanley Tucci are on wonderful form here. Having spent a number of years playing paternal or mentor roles, which have made him something of a pop culture icon, Tucci has never been better. His reserved and compassionate performance conceals the depth of emotions Tusker is facing. We’ve seen Firth in similar territory in the past, but he is no less remarkable here. His quiet and undemonstrative way of coping gradually gives way, and it would take a heart made of stone not to be moved by the time the credits roll.

The Blu-ray release comes with 30 minutes of Zoom interviews with Stanley Tucci, Colin Firth, and Harry Macqueen. There is also a short featurette, with more interview clips interspersed with scenes from the film and behind the scenes footage from the set. Finally, there’s a 35-minute zoom panel discussion with the two main actors and the director.