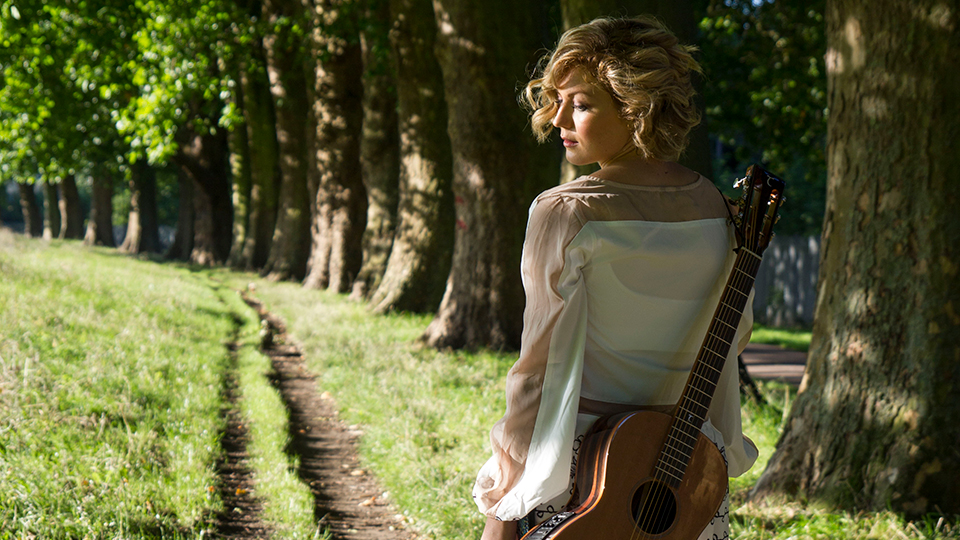 Irish singer-songwriter Megan O’Neill has become one of the most popular artists on the UK country and Americana scene in recent years. She released her debut EP Coming Home in 2015, reaching number one on the Irish country charts, and has had a song featured on the TV series Nashville as well as performing at C2C Festival and Nashville Meets London. Now she’s releasing her debut full-length album, Ghost Of You.

The album opens with Don’t Come Easy, a shimmery, rocky number with plenty of twang and a huge chorus. O’Neill’s voice on the song has a lovely sweetness and depth to it which put me in mind of Stevie Nicks, and her lyrics are very open about the experiences of being a touring musician, wanting to throw in the towel and still persevering. It’s a great start to the album and shows off O’Neill’s skills as a vocalist and songwriter.

O’Neill uses a variety of musical styles on this record, ranging from the sultry, bluesy Let’s Make One Up, the laid-back summery vibe of Treading Water and Don’t Say It’s Over, with its gentle piano intro and poppy touches. However, what ties the whole record together is her beautiful voice. It’s sweet, smooth and soulful, with the occasional touch of gravel (such as on the romantic Why I Need You), and she’s really good at knowing when to hold back and when to go for the big notes. This is particularly effective on Ghost Of You, a delicate ballad that’s full of raw emotion and made more powerful by the restrained verses before building to a big chorus.

For me the standout track on the album is Bottle. The piano melody is lighter and brighter than other songs on the record, which provides a great contrast to the lyrics about drinking to escape and trying to give up the habit. O’Neill’s vocals have a lovely quality to them which reminded me a lot of Lucie Silvas, and I liked the slightly abrupt ending to the song as well. I also really enjoyed the more uptempo numbers such as the sassy, singalong Tell You To Leave, the Eagles-esque guitar of Good Love and the swaggering, defiant Without, and would have liked a few more of these moments on the record.

The final song on the album is Lost A Love. It’s a dreamy, almost lullaby-like song which highlights O’Neill’s ability to capture the small details of a relationship and has a really intimate quality about it early on, before picking up the tempo with crashing drums. O’Neill’s vocal is full of yearning and she hits some seriously impressive high notes too.

Overall Megan O’Neill has made an honest and open album which shows off her ability to capture emotions in both her lyrics and her vocal. She’s an excellent songwriter and has a fantastic quality to her voice, and has produced a solid debut album which shows that’s she got great potential. Whilst there are a couple of moments that don’t quite work for me – Any Younger strives for a sense of moving on but feels a little too downbeat for its message – she’s definitely got a great talent and I’m intrigued to see what she’ll do next.

Advertisement. Scroll to continue reading.
In this article:Megan O’Neill