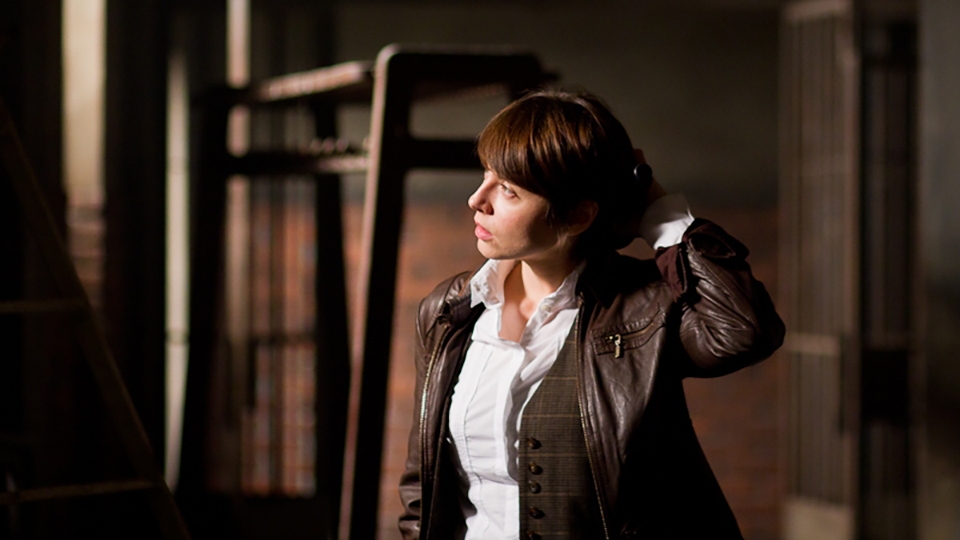 This is a first for me – a crime drama from Croatia. It’s not actually a new series, having been released in Croatia under its original name – Pocivali u miru – back in 2013 (the third season is due for release this year). But as far as I’m aware, it’s the first Croatian production to get a terrestrial UK release.

It’s about a young female journalist – Lucija Car (Judita Frankovic) – who is investigating the circumstances behind the death of prisoners in an abandoned Croatian jail – the oldest in the country – that is due to be demolished. Curious and persistent to the point of being quite annoying, she enlists the help of a former guard at the prison – Martin Strugar (Miodrag Krivokapic) – to assist her in her research of the occupiers of the unmarked graves in the prison grounds. When one of the graves is opened to discover an empty coffin, Lucija and Martin form an unlikely alliance to uncover the truth behind the mysterious prisoner, Zdenko Jurkovic, who was meant to have been buried there. Jurkovic was rumoured to have been a member of the UDBA – the former Yugoslavian State Secret Service – but no-one can trace any record of him having existed; apart from the empty coffin.

The main thread of the story revolves around the relationship between the feisty, chain-smoking Lucija and the thoughtful, deep-voiced, chess-playing Martin. He is initially reluctant to become involved – he has his own euphemistic skeletons hidden away in the prison that he doesn’t want unearthing. But he softens to the young journalist and agrees to assist.

The production qualities are as good as anything you’d expect to see come out of more recognised territories producing modern-day dramas like this – the shots of the prison are so beautifully creepy, you can almost feel the cold, damp conditions the prisoners had to live in. The acting is pretty good throughout, and the main characters are believable and engaging. There’s really nothing to fault.

It’s always hard to be certain about a series – especially one with twelve episodes that requires a certain degree of commitment – on the strength of just one episode, but initial impressions are optimistic. Judita Frankovic is excellent in the lead role, and the fact that it’s already on its third season suggests the producers are pleased with their product. Worth checking out via All 4 – another Walter goodie!

Walter Presents Rest In Peace is available to watch on All 4 now.

In this article:Judita Frankovic, Rest in Peace, Walter Presents