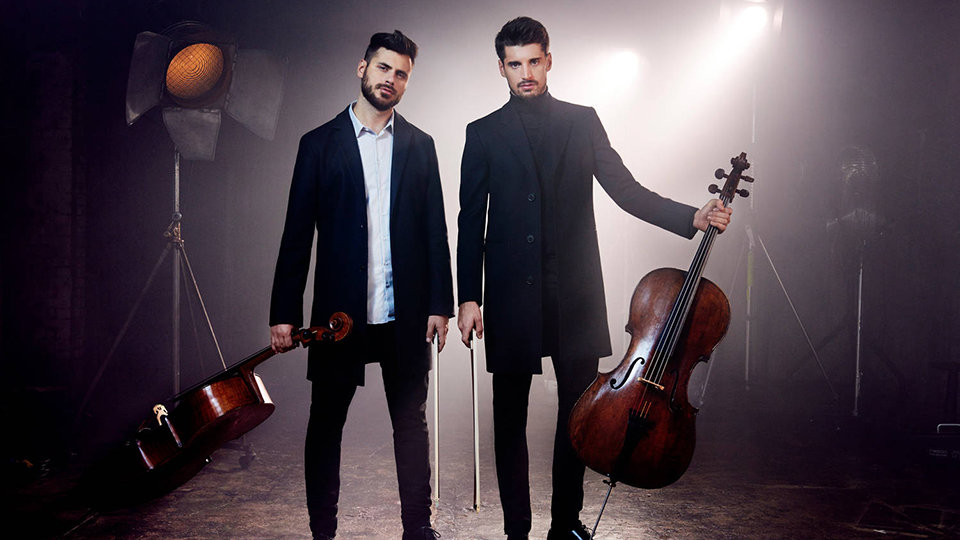 2Cellos are heading back to the UK to perform two shows in July it has been announced.

Fresh from their performance at the 2018 UEFA Champions’ League Final in Kiev, the Croatian cellists – Luka Sulic and Stjepan Hauser – will perform at Kew the Music on Thursday 12th July 2018 and Audley End Festival on 15th July 2018.

On previous visits to the UK 2Cellos have sold-out The London Palladium and the Royal Albert Hall. They were also invited to perform at the Queen’s Diamond Jubilee celebrations.

2Cellos had a viral hit on their hands when they released their self-made video of Michael Jackson’s Smooth Criminal. It received millions of views and resulted in the duo being signed to Sony Masterworks.

They also performed the track on hit TV show Glee and were invited by Sir Elton John to join his European tour.

Over their careers to date 2Cellos have shared stages with some of the biggest names including Red Hot Chili Peppers, George Michael, Queens of the Stone Age and Aerosmith front man Steven Tyler. They have performed all over the world in some of the most iconic venues such as Madison Square Gardens, New York City; Radio City Music Hall, New York City; Olympia, Paris and the Royal Albert Hall, London.

2Cellos have built up an online following of over half a billion viewers, with 115 million views on their cover of AC/DC’s Thunderstruck. The duo also recently released their new single Seven Nation Army.

Advertisement. Scroll to continue reading.
In this article:2Cellos