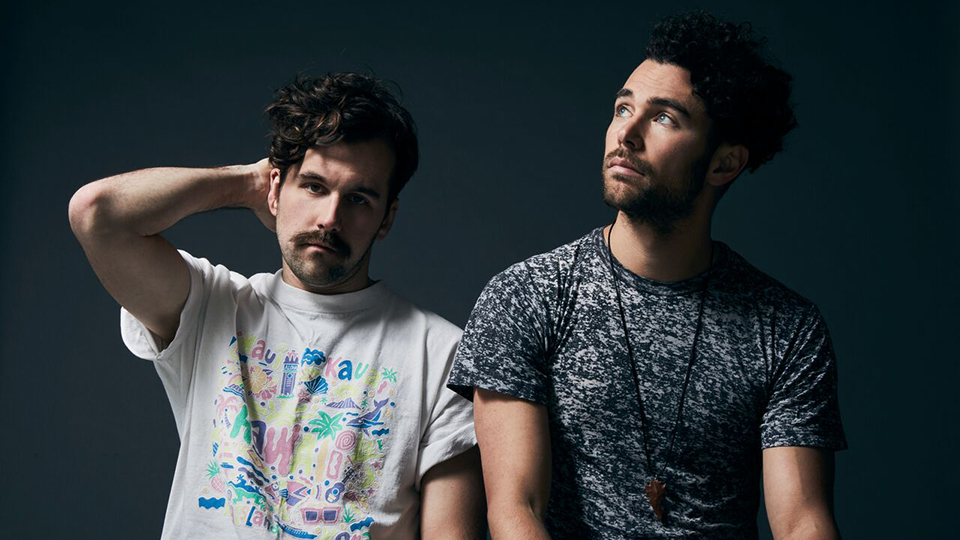 Talking about the new track, the duo says, “At its core, ‘The Deep End’ is a song about the willful metamorphosis of the mind and body from something that you are into something that you probably shouldn’t be. It can happen in a moment or slowly over decades, but it seems there is a surprising amount of comfort on a slippery slope… We wanted the track to feel like we did when we wrote it: sad and terrified, but still smiling lots and bumping to the beat.”

Over the summer Tall Heights will perform over 30 new tour dates and festival stops including their own intimate gig in London and as support on James Blunt’s European tour.

To date the duo have amassed more than 120 million global streams. They’ve played at Glastonbury, opened for The Chainsmokers at SXSW, appear on US show Conan, and performed at Al Gore’s 24 Hours of Reality event.

Tall Heights are Paul Wright on cello/vocals and Tim Harrington on acoustic guitar/vocals. They have been compared to the likes of The Shins, Local Natives, and Lord Huron.

Growing up just outside Boston, the duo started busking on the city streets. They raised enough money to find their first EP and have since received acclaim from big publications such as SPIN, The Wall Street Journal and Paste.

Advertisement. Scroll to continue reading.
In this article:Tall Heights