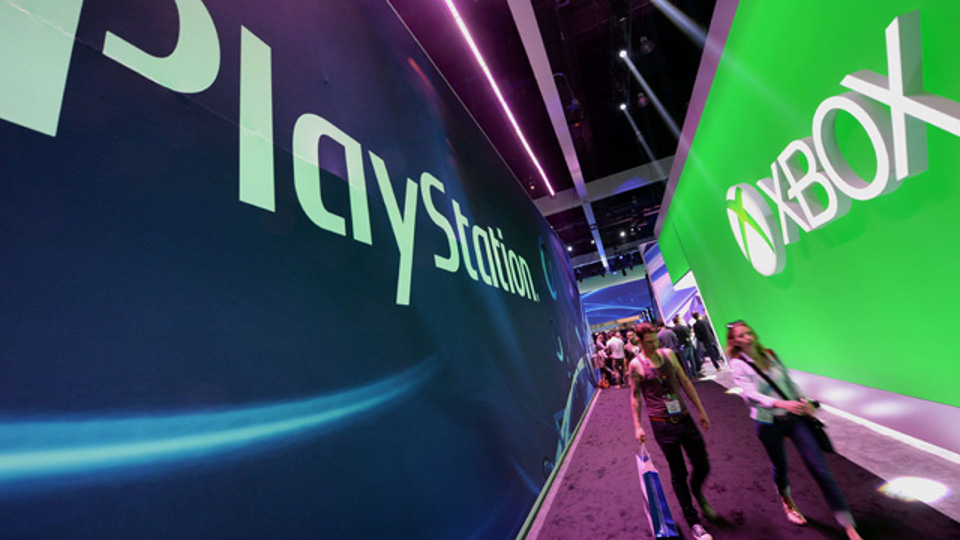 There’s not long now until E3 2018 begins. That means it’s time for us gamers to get excited and start planning when we can watch all the big announcements from our favourite gaming companies.

E3 2018 is the 24th Electronic Entertainment Expo. It will take place at the Los Angeles Convention Center between June 12th-14th. As usual the biggest names in gaming will be holding their big press conferences before the show gets underway.

This year there are 9 big press conferences to look forward to. The big three – Microsoft, Sony and Nintendo – will be bringing us the latest in the world of Xbox, PlayStation and Switch.

Some game publishers are also holding conferences again this year, so we’ll be hearing from EA, Bethesda, Devolver Digital, Square Enix and Ubisoft. Finally there’s another PC Gaming Show with all the latest announcements for PC gamers. Several companies have already pre-announced some details of what they are going to be showing.

Below you’ll find details of each E3 press conference, including stream links (if known), along with dates and times. As EF is UK based we’ve gone for BST times to make things easier for our UK readers. This year most of the conferences are early to late evening for the UK. If you don’t want to miss a thing though you’re going to have to stay up late or get up early.

We know that EA are planning some big gameplay reveals as well as a few surprise announcements for this year.

We’re predicting their new multiplayer action game Anthem to be one of the biggest games this year. EA have confirmed that the game will be present with a brand new trailer. Expect to hear from BioWare developers, take a look behind the scenes and experience new gameplay and a focus on combat.

Also expect to hear a lot more about Battlefield V. EA DICE should be in attendance showcasing more details about their World War II shooter. We’d expect to see new gameplay and hopefully a live demo.

EA Sports are expected to give previews of the latest sports titles that they are working on.

There should be other surprises too from EA Originals and we’d be very surprised if there’s no Star Wars related announcements.

We’re not completely sure what Microsoft has planned for this year’s E3 conference. We’re not expecting to see new console hardware but maybe they’ll surprise us with an Xbox One X Mini or a fancy Mixed Reality headset?

We expect Microsoft to shout about the success of the Xbox One X, Game Pass, Play Anywhere and Backwards Compatibility. Hopefully we’ll finally hear about when we’re getting the new avatars. We’d love to find out more about the Xbox Adaptive Controller.

Watch the Introducing the Xbox Adaptive Controller video below:

Microsoft needs a strong showing for games this year so we’re presuming we’ll be seeing reveals for the next Gears of War, Forza Horizon and Halo. We’d also love to see a new Fable and a release date for the elusive Crackdown 3.

Normally we’d expect to see a couple of the bigger third-party titles shown too. We’d guess at seeing a selection of ID@Xbox games and would love to finally get a date for Below. Hopefully there will be plenty of surprises in store as well.

Bethesda has already teased us ahead of E3 with announcements for Rage 2 and Fallout 76. We’d expect to see them show off both of these titles.

Watch the Rage 2 trailer below:

It’s tough to know what else to expect from Bethesda this year. Our best guess is Quake Champions and maybe a Doom sequel? It seems unlikely that there will be new Prey, Dishonored, Wolfenstein or Evil Within games this year but maybe some of those are getting new DLC.

We know there’s a new Elder Scrolls in development but that isn’t expected to feature. Hopefully they have a surprise or two up their sleeves, a new IP would be lovely.

We’d never bet money on what Devolver Digital have planned for their E3 conference. Last year’s was bonkers and totally hilarious.

This year sounds like more of the same but with some actual game reveals. Devolver Digital have already tweeted an apology ahead of their conference so we’ll be sure to watch to see what they are up to.

It’s been three years since we last had an E3 conference from Square Enix. This year we’re hoping to find out more about Shadow of the Tomb Raider and Kingdom Hearts III.

We’d also love to get a proper update on the Final Fantasy VII remake, a sequel to the wonderful Nier: Automata, a new Hitman and news of their Avengers game.

Watch the Shadow of the Tomb Raider trailer below:

Ubisoft always love to bombard us with their game announcements at E3 so we’re hoping for plenty of surprises again this year.

On our wishlist of games we want to hear more about are Beyond Good and Evil 2, The Division 2, Skull and Bones, The Crew 2 and the recently unveiled Assassin’s Creed Odyssey where the game is headed to Ancient Greece.

See you at E3! pic.twitter.com/03NTPhCkCf

PC Gamer will be hosting another showcase of PC gaming this year. We’re not completely sure what to expect but you can be sure there will be new trailers and release dates.

We don’t have to guess too much at what Sony has planned for us this year as they’ve announced it themselves.

Sony have announced that they will be providing an exlusive look at four upcoming PlayStation 4 titles. These are:

Watch the Ghost of Tsushima reveal trailer below:

We’re also expecting to hear about the success of the PS4, PS4 Pro and PSVR. We’ve got our fingers crossed for some new PSVR announcements and would love to see a permanent price cut or a new iteration of the hardware.

Like Microsoft we’d expect Sony to showcase some of the bigger third-party titles and hope they’ve saved some big reveals for the conference too.

Nintendo’s conference is going to be all about the Nintendo Switch and their upcoming games.

We’re expecting to see plenty of details about the new Super Smash Brothers and Pokémon titles. Knowing Nintendo there will be a few surprises and we’d be shocked if some of their other big names don’t appear such as Mario and Star Fox.

Like Sony and Microsoft, there should be a few third-party titles also on show. Our biggest wish is for details on a new Metroid.

EF Games will be bringing you details of all the big announcements from this year’s E3 so check back often or keep an eye on our Twitter and Facebook pages. Remember to give us a Follow or a Like while you’re there!