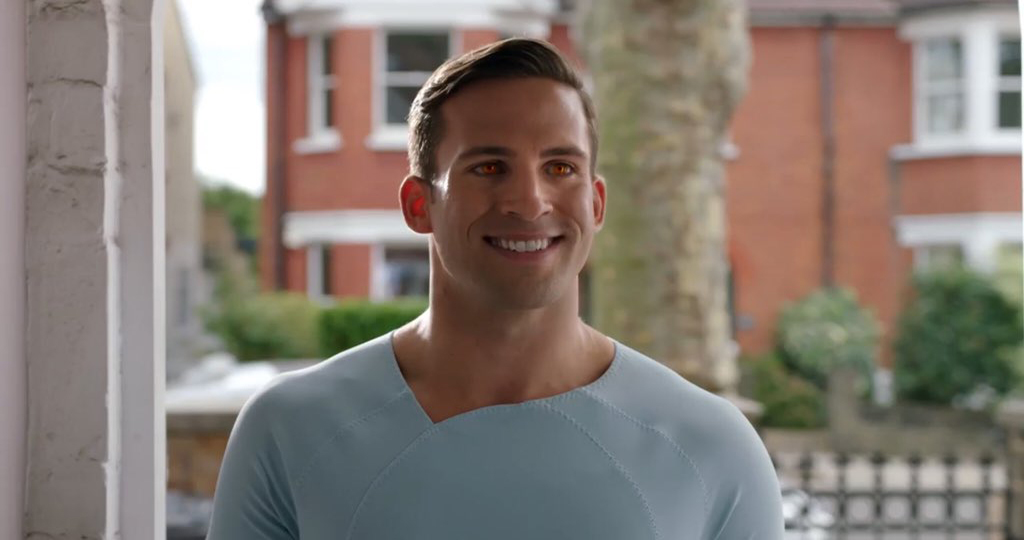 Humans star Dino Fetscher has been confirmed as the first special guest to appear at The Sci-Fi Ball, in aid of the Teenage Cancer Trust, marking his first convention appearance.

The Welsh actor plays Stanley in Humans, the first major Orange Eyed synth who is tasked with looking after Laura (Katherine Parkinson) after she has her first meeting with the Dryden Commission. He’s also known for his roles in Russell T. Davies’ Cucumber and Banana, ITV’s Paranoid and his West End work in As Is (Trafalgar Studios) and Ghost Stories (Arts Theatre).

Fetscher will be attending the whole weekend and fans can get his autograph and pose for photos with him. He’ll also be talking about his role in Humans and there’ll be plenty of chances to mingle across the event.

The Sci-Fi Ball takes place from 8th to 10th February 2019 at the Grand Harbour Hotel, Southampton. The 2019 event will be the festival’s 25th Silver Jubilee.

The not-for-profit convention brings together fans of Science Fiction and Fantasy with a party every evening, special guest panels and the chance to pose on fan-built and actual props and sets. Attendees can also collect autographs and have their photograph taken with the stars.

There will also be fully functioning Daleks, collectables to purchase, competitions, retro arcade style and table-top games, a three-course black-tie dining experience and an exclusive cocktail party with the stars of the small and silver screen.

There are more exhibits, activities and special guests to be announced.

For tickets and more information head over to www.scifiball.com.

Advertisement. Scroll to continue reading.
In this article:Dino Fetscher, Humans, The Sci-Fi Ball