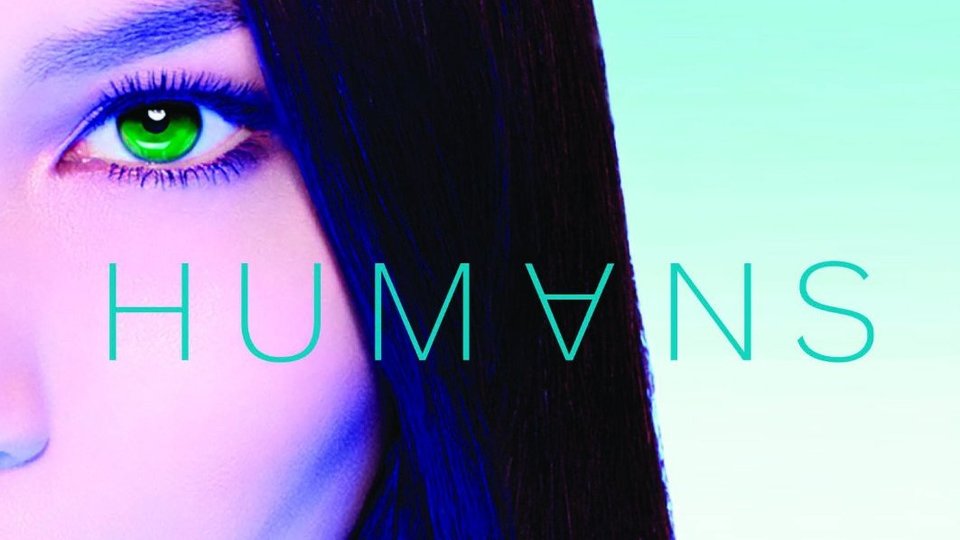 From the makers of Utopia and Broadchurch and the writing partnership behind Spooks, William Hurt and BAFTA award-winning Katherine Parkinson lead an all-star cast in the drama series, Humans, set in a parallel present where the latest must-have gadget for a busy family is a synth – a life-like humanoid. The eight episode DVD is set for release through Channel 4 DVD on 17th August.

Worried he is losing his wife Laura (Katherine Parkison; The IT Crowd), Joe (Tom Goodman-Hill; The Imitation Game) believes the addition to the household of a highly-developed robotic servant will give them back the time they so desperately need to re-connect as a couple and as a family. Their synth Anita (Gemma Chan; Dates) is an immediate hit with Joe and the kids, but Laura seems less susceptible to Anita’s efficiently chilly charms. There’s just something about her. Every now and again she does something… almost human.

Others, though, long since abandoned any skepticism, and embraced their synths as part of the family. Retired synth engineer George (William Hurt; Damages) reminisces about the past with his rickety synth Odi (Will Tudor; Game of Thrones). To George he is more like a son than a piece of machinery, but their relationship is threatened when Odi malfunctions. Will George be forced to destroy the one thing he loves?

Meanwhile, Leo (Colin Morgan; The Fall) is a human on the run with his synth, Max and the two unlikely companions are desperately searching for someone. But who, and why? And why does this synth seem to be so unlike the others?

To be in with a chance of winning one of 3 Humans DVDs, simply answer the question below.

Advertisement. Scroll to continue reading.
In this article:Channel 4, Competition, Humans