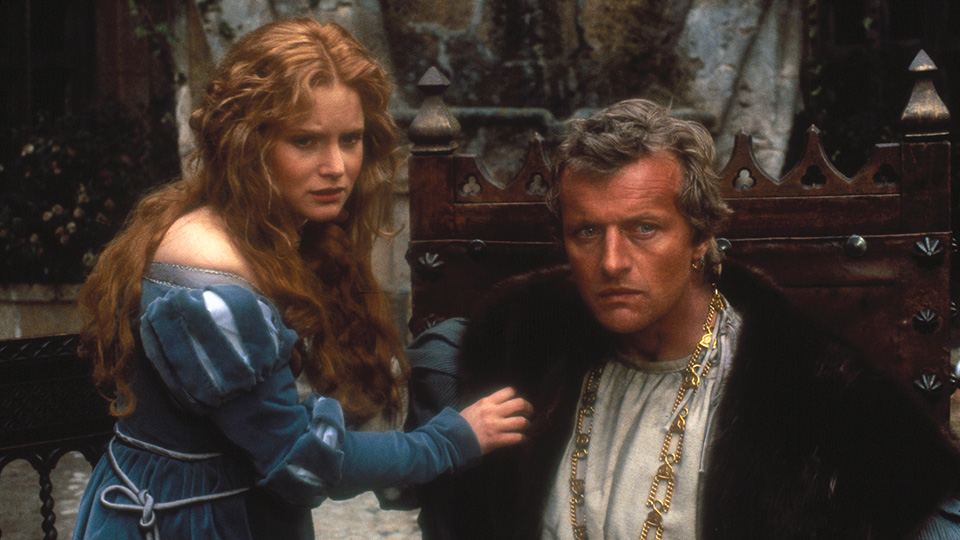 Paul Verhoeven’s (Total Recall) medieval epic Flesh + Blood is coming to Blu-ray for the first time in the UK on 6th August 2018 via Eureka Entertainment.

In Western Europe, 1501, a small army of mercenaries led by the charismatic and mercurial Martin (Rutger Hauer) reclaim a heavily fortified castle for its owner Arnolfini, who then betrays the band and ejects them from the city by force. Swearing revenge, Martin leads a violent assault on the nobleman and ends up accidentally kidnapping the beautiful Agnes (Jennifer Jason Leigh), the fiancée of Arnolfini’s son Steven, who in turn pledges to wipe out the mercenary group once and for all.

Flesh + Blood shocked audiences during its original release in 1985 and it was censored in the UK due to the extreme amounts of sex and violence it depicted.

You can pre-order the release from https://amzn.to/2J1yfGM.

Special features on the Dual Format release include: