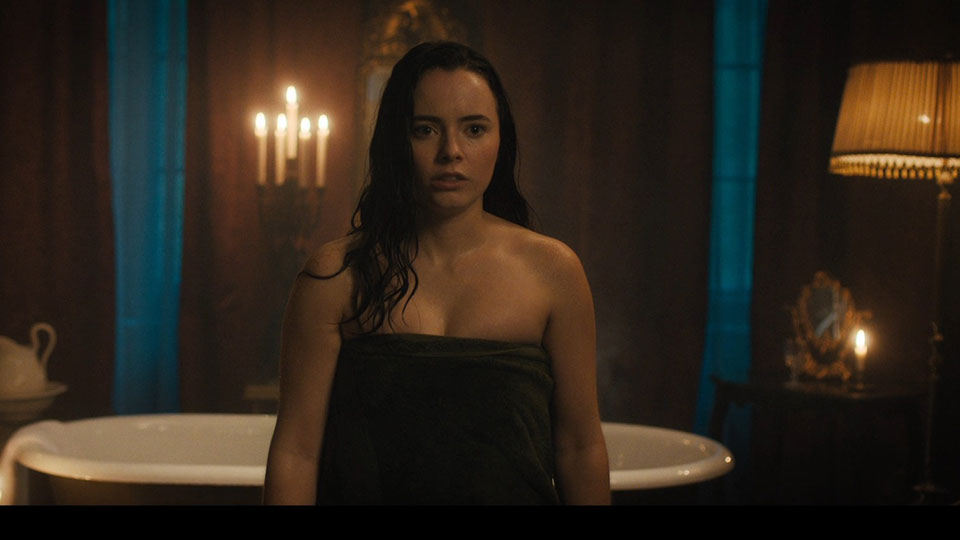 Violinist Rose (Freya Tingley) is shocked to learn that her estranged father, the revered musician Richard Marlow (Rutger Hauer), has died in France. Feeling compelled to go to her father’s house and shun her commitments, much to the dismay of her agent Charles (Simon Abkarian), Rose sets off to France on her own to stay in her father’s decrepit old house. Once there she discovers an unfinished sonata that he was working on before his death that is covered in symbols, and sets about figuring out what they mean.

The Sonata is one of those horror films that follows a tried and tested formula so you can guess what’s going to happen long before it does. There are a few obvious jump scares along the way and a twist that serves the plot but doesn’t necessarily feel authentic to the story. Considering Freya was unaware of whether her father was dead or alive at the beginning of the film, she’s inexplicably drawn to the place he lived out his days and in true horror fashion, she doesn’t think twice about going to stay in a big old creepy house on her own.

Meanwhile back in England, Rose’s agent Charles is sent pictures of the sonata by Rose and he quickly starts to realise that the unfinished piece could be his last chance at a big break. At that point the film becomes as much an exploration of Rose’s lack of knowledge about her father as it does Charles’ greed at cashing in on his client’s unexpected find. Sadly the plot is rushed and the elements that could have made it quite unique, aren’t ever explored.

Australian actress Freya Tingley turns in a good performance and she does the best she can with underwritten material. The increasing horror she feels as she starts to understand the type of man her father was is believable and she does bring plenty of emotion to the part. Simon Abkarian is a little wasted as the one-dimensional Charles whose destiny is obvious from the film’s first 15-minutes. As for Rutger Hauer, if you blink, you may very well miss him.

There is a good story here but it gets bogged down by formulaic horror twists and turns. Given the premise, there could have been such a slow build of tension and plenty of suspense but all of that is eschewed for a few cheap scares and an obvious twist. The Sonata is by no means a bad movie, it’s just not the film it should have been and that’s what makes it a bit of a disappointing viewing experience.