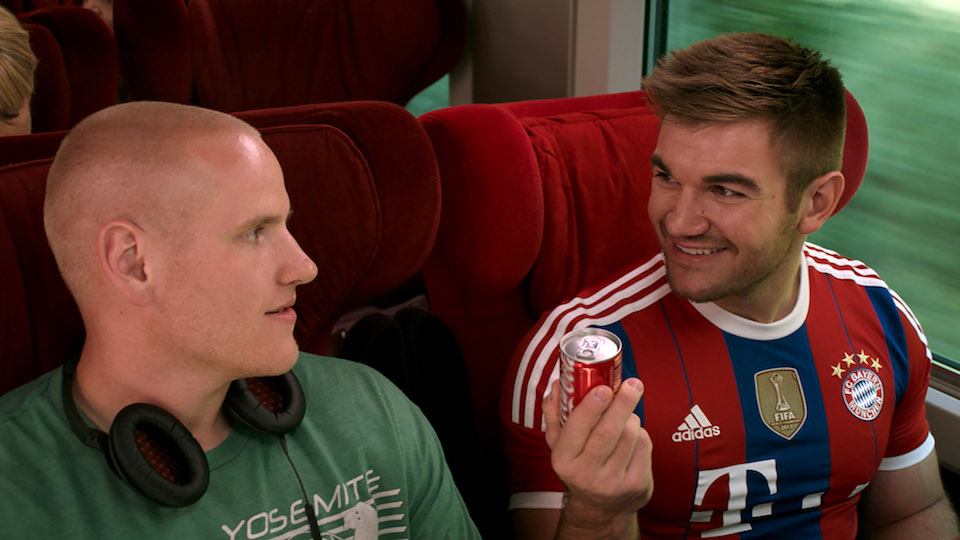 Clint Eastwood’s latest film about good ol’ American heroism, after Sully and American Sniper, tells the story of three friends who helped foil a potentially devastating terrorist attack whilst travelling through Europe in 2015. When a man boarded their train with a machine gun and over 300 rounds of ammunition, student Anthony Sadler, along with his US military buddies Alek Skarlatos and Spencer Stone, risked their lives to subdue the gunman and save countless lives.

This sequence is the finale of the film, and shot as it is in Eastwood’s famously unfussy, paired back style, it has a stark and powerful brutality. But it only lasts a few minutes. And if you’ve made this far already, then you’ve sat through 90 minutes of utter drivel to get here.

Eastwood handicaps his own film from the word go with a stunt casting experiment which backfires terribly. The real Anthony, Alek, and Spencer are playing themselves. And guess what, they might be handy in a terrorist incident, but they can’t act to save their lives. To add to the discomfort of watching them try to act, we have to also watch them try to deliver some of the most awkward, stilted, and unsubtle dialogue imaginable, courtesy of Dorothy Blyskal’s clanger of a screenplay.

The film sets out to tell their backstory and imbue it with a sense of weight and purpose, as if a greater power was pulling them towards their moment of heroism. So we get a first act entirely dedicated to them when they were young boys at a Christian school in Sacramento. They have toy guns, wear camouflage t-shirts and play war games in the woods. All the while their mothers and teachers despair, though I’m not exactly sure why. I think we’re supposed to see them as little hell-raisers, but they’re really not.

We meet them again as grown ups, at the start of their careers. Before life gets away from them, they plan to reunite on a tour across Europe. The majority of the interminable second act is essentially just an extended travelogue as they make their way across the continent. Whilst this is clearly factual, it only serves to highlight the dramatic inadequacies in the way Eastwood has chosen to tell this story. Who cares if they visited the Colosseum, or the Trevi Fountain, or the Piazza San Marco, or took a Vaporetto down the Grand Canal, or partied all night in Amsterdam?

The characters aren’t interesting enough to spend this much time with, and of course they aren’t actors, so it’s like watching an episode of Made in Chelsea when they go swanning off abroad. If nothing else the entire sequence made me want to visit Italy again.

There’s an unintentionally hilarious thread about whether or not to finish the trip in Paris, with people they encounter on their travels warning them not to go, as if it’s fucking Mordor. Now obviously Clint Eastwood has forgotten more about making films than I will ever know, but I’m pretty sure there are more effective ways to build up tension.

I think there is a film to be made out of this story, but it needs real actors, a script that isn’t completely devoid of depth and drama, and – sorry Clint – a different director. Someone like Paul Greengrass could have really done something with this material.

The disc comes with two short featurettes, one of which sees Spencer, Alec, and Anthony talking through the attack moment by moment. The other is a standard behind the scenes look at the film, as Eastwood and other key crew talk about the film.