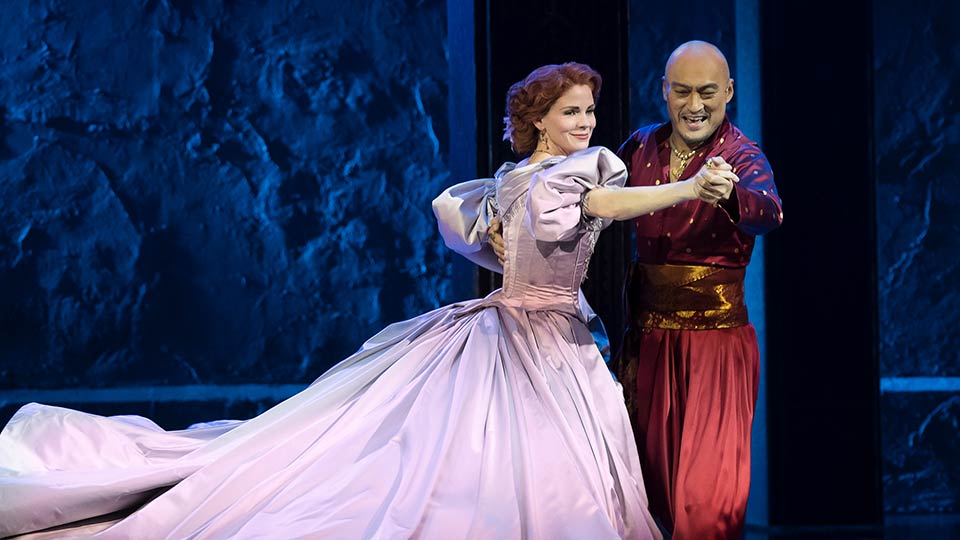 Takao Osawa, the multi-award-winning actor and star of one of Japan’s most popular television series Jin, will join the cast of Rodgers & Hammerstein’s The King and I to play the Kralahome, trusted adviser to The King of Siam, when the smash hit musical transfers from Broadway to the London Palladium on 21st June 2018.

The London show will star three of the original Lincoln Center Theater lead actors: Broadway Musical Royalty Kelli O’Hara, reprising her Tony Award-winning role of Anna Leonowens, film star, Oscar and Tony nominee (for his role on The King and I) Ken Watanabe in the title role of The King of Siam, and Ruthie Ann Miles reprising her Tony Award winning role of Lady Thiang. All three actors will be making their West End debuts, following their acclaimed performances on Broadway.

Dean John-Wilson (who starred in the title role of Disney’s original West End production of Aladdin) and Na-Young Jeon will play the young lovers, Lun Tha and Tuptim.

Acclaimed Tony Award-winning Bartlett Sher will once again direct the production, hot on the heels of his work on The Lincoln Center Theater’s World Premiere of J.T. Rogers’ smash hit play Oslo, which opened on Broadway and then transferred via the National Theatre to London’s Harold Pinter Theatre in October last year to rave reviews. He, along with the celebrated creative team behind the award winning production of South Pacific, will reunite to bring this majestic production to life at the Palladium.

With music by Richard Rodgers, book and lyrics by Oscar Hammerstein II, The King and I will open its European Premiere at the London Palladium, booking until 29 September 2018.

One of Rodgers & Hammerstein’s finest works, this masterpiece boasts a score featuring such beloved classics as Getting To Know You, Hello Young Lovers, Shall We Dance, I Have Dreamed, and Something Wonderful. Set in 1860s Bangkok, the musical tells the story of the unconventional and tempestuous relationship that develops between the King of Siam and Anna Leonowens, a British schoolteacher, whom the imperious King brings to Siam to tutor his many wives and children.

See KingandIMusical.co.uk for details, including booking.

Advertisement. Scroll to continue reading.
In this article:London Palladium, The King and I