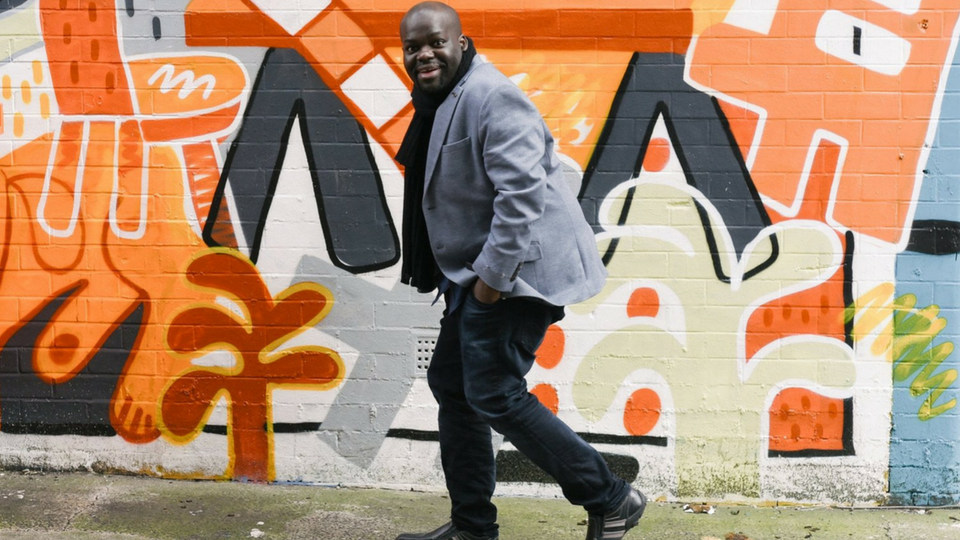 Daliso Chaponda has lived in countries where the press is not allowed to criticise the government, and in others with no libel laws where they can say anything. He has been both a journalist and a jaded newsreader. He is the perfect comedian to discuss what the media has become, which he does in his hilarious new show ‘What the African Said…’. The show is about recent news, and almost news. It is also a show about the things we say to each other; gossip, tell stories and even declarations of love.

The Malawian Comedian is also looking at the relationship between the UK and Africa in his Radio 4 Series ‘Citizen of Nowhere’, which Daliso describes as about the relationship between Africa and the UK, where he’s the marriage counsellor. The show’s name takes inspiration from Daliso’s upbringing, bouncing from country to country, including Malawi, Zambia, Somalia and Kenya, where his father was a refugee who became a diplomat.

Daliso isn’t afraid to speak out and there have been some repercussions. Despite a hugely popular show in Malawi, Daliso made jokes about the Malawi President and his own father (who was the cabinet minister) which received a huge amount of media attention and the Malawi censorship board threatened to arrest him.  This is not the only time his humour got him into trouble. Doing pro-homosexuality material in response to gay men being arrested and criticising a Zimbabwean prophet got him a lot of hate mail. This made him realise that he wanted to keep doing edgy comedy material but in no way could he move back home to Malawi.

I caught up with the Britian’s Got Talent Golden Buzzer contestant to find out about his show tour, his Radio 4 programme and plans for the Edinburgh Fringe.

Speaking on his rise to fame and media reception following Britain’s Got Talent success, he says: “I was a very surprised when I started to see articles written about me in the press following my success in Britain’s Got Talent, saying how non-PC I am. If you asked me what being non-PC is , I’d say someone like Bernard Manning. There is an assumption that simply just by mentioning topics I discuss, for example, slavery,  that this is wrong. But political incorrectness is based on bullying a minority group and it’s not a case of never questioning a minority group you’re not part of.”

Daliso’s widespread appeal is clear – a UK tour, reaching the Britain’s Got Talent finals last year and now a Radio 4 programme grappling with big issues between two continents (a show which, he tells me, has had feedback from parents saying how much their primary school children love it) – yet, the beginnings of his comedy career were somewhat a battle in breaking through the rigid comedy establishment.

“I’ve been called a ‘crowd-pleaser’ as if it’s an insult. I’m an optimistic, happy, jolly guy, and I’ve been told i’m ‘too happy’. Which is like, wait a second! That’s my voice’.

“However, luckily the views of the comedy establishment just aren’t as important any more.. The internet really helps you find you audience. There’s a guy called Paul Smith who sells out the Echo Arena in Liverpool just from YouTube subscribers.”

“I thought I need a different path and the Britain’s Got Talent audience was a perfect fit for me. It’s always more about the gags than the message. Radio 4 is also a good match as I can reach a whole host of audiences, families and kids, to use laughter to change the way they might think. My primary aim is to act as a conversation starter. I’m not pretending to have all the answers.”

Next up, Daliso plans to take a new show to the Gilded Balloon in the Edinburgh Fringe Festival 2018, his first ticketed show, having previously gigged on the Free Fringe.

Listen to Daliso Chaponda: Citizen of Nowhere on Radio 4 here https://www.bbc.co.uk/programmes/b0b2nxyn and buy tickets to his current UK tour What the African Said here https://www.ticketmaster.co.uk/Daliso-Chaponda-What-the-African-tickets/artist/5234735. Follow Daliso on Twitter @dalisochaponda