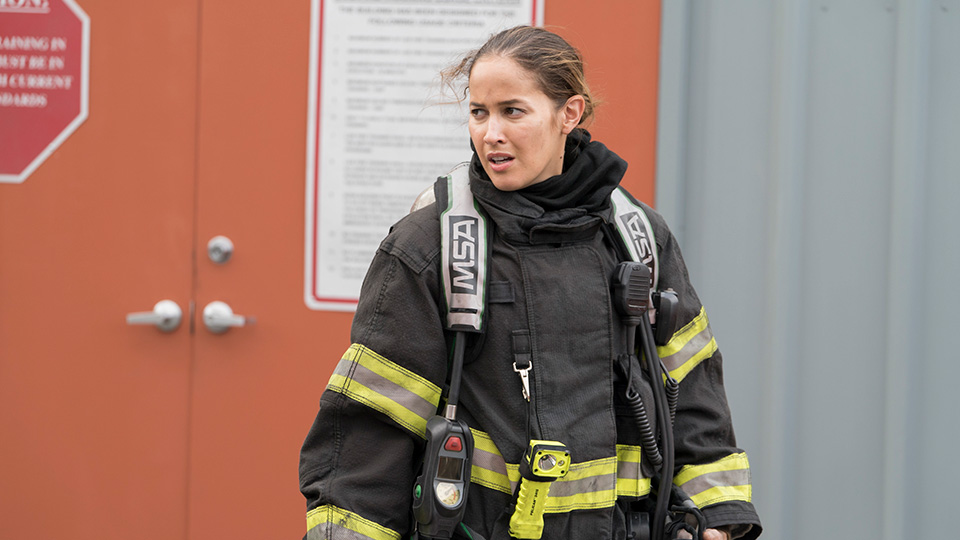 Maya (Danielle Savre) and Andy (Jaina Lee Ortiz) were forced to work through their differences on the latest episode of Station 19.

The two women were part of a support team for Ryan’s (Alberto Frezza) stakeout and they used the time to discuss their recent disagreements. Each of them revealed their own issues and the two decided to bury the hatchet and get along.

Andy worried that Ryan had been injured during the stakeout and started to wonder if she had feelings for him again.

Meanwhile the team helped a man caught in a dangerous electrical situation but didn’t realise that his wife was the pregnant woman that turned up at the station looking for help. They sadly couldn’t save him and he was electrocuted.

Elsewhere everyone found out about Andy and Jack’s (Grey Damon) fling and Bailey (Chandra Wilson) visited the station to see Pruitt (Miguel Sandoval) about working while battling cancer.

The next episode of the season is Stronger Together. Andy, Jack and 18 other candidates take the captaincy drill test, gunning for one spot as captain of Station 19.