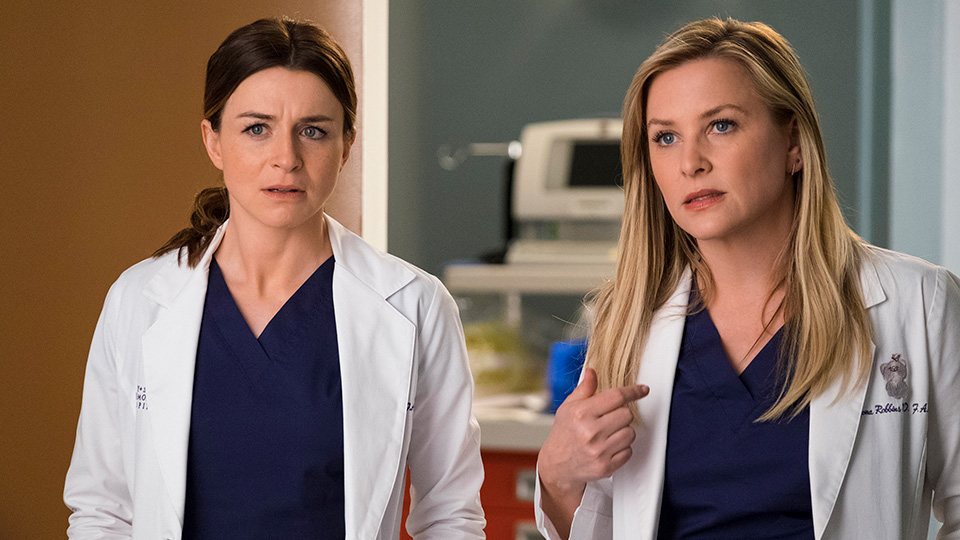 They tracked her down at the library she worked at and Alex was surprised to see that she had her schizophrenia under control. Seeing Alex threw her out of her routine and the two of them had a difficult reunion.

He introduced her to Jo but his mother declined an invitation to their wedding explaining that keeping a routine was key to controlling her schizophrenia.

Meanwhile Meredith (Ellen Pompeo) spent time before her big presentation talking to a man she met in the bar. They played darts and he discovered who she was as their conversations progressed.

At her presentation Meredith revealed that her mother had wrongly excluded Dr. Marie Cerone (Rachel Ticotin) from the pioneering Grey Method and she renamed it the Grey-Cerone Method.

Elsewhere Dr. Roy (Rushi Kota) negotiated his job back much to Bailey’s (Chandra Wilson) dismay, Amelia (Caterina Scorsone) helped Betty (Peyton Kennedy) detox but was disappointed when she disappeared, and Arizona (Jessica Capshaw) started to think about life after Grey Sloan when her daughter started stealing.

The next episode of the season is Cold as Ice. One of Grey Sloan Memorial’s own is seriously injured, making the team reflect on what is truly important to them.