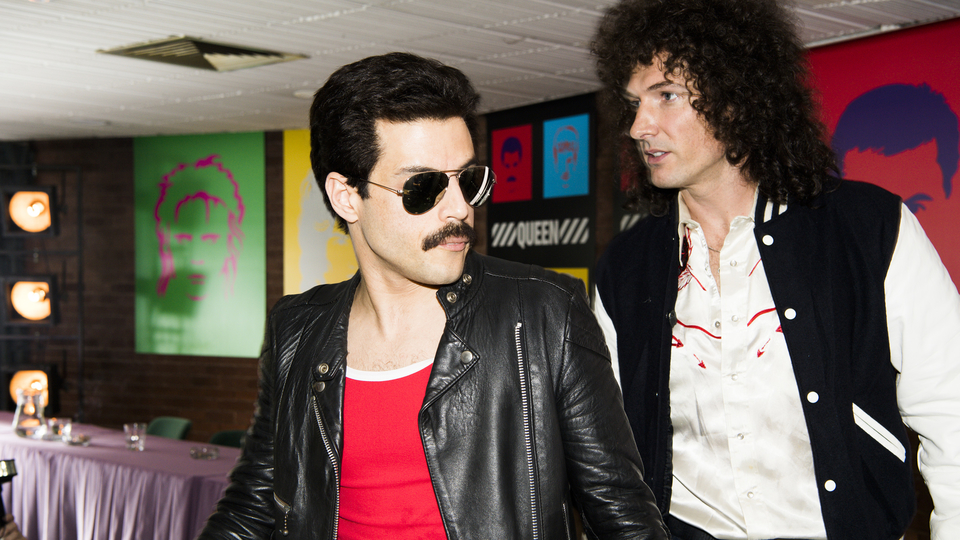 A fantastic first-look trailer has arrived for the eagerly-anticipated Queen movie Bohemian Rhapsody.

Along with the first official teaser trailer comes a glorious new one sheet film poster for Bohemian Rhapsody too.

Rami Malek, who has gained worldwide fame for his award-winning role as Elliot Alderson in Mr. Robot, nabbed the coveted role of Freddie Mercury for what many believe will be an award-winning performance.

Malek’s other big screen credits include Short Term 12, Need for Speed, Night at the Museum: Secret of the Tomb, Old Boy, The Twilight Saga: Breaking Dawn – Part 2 and Ain’t Them Bodies Saints.

Bohemian Rhapsody is a foot-stomping celebration of Queen, their music and their extraordinary lead singer Freddie Mercury, who defied stereotypes and shattered convention to become one of the most beloved entertainers on the planet.

The film traces the meteoric rise of the band through their iconic songs and revolutionary sound, their near-implosion as Mercury’s lifestyle spirals out of control, and their triumphant reunion on the eve of Live Aid, where Mercury, facing a life-threatening illness, leads the band in one of the greatest performances in the history of rock music.

In the process, cementing the legacy of a band that were always more like a family, and who continue to inspire outsiders, dreamers and music lovers to this day.

Myers is no stranger to Queen having immortalised Bohemian Rhapsody for a new generation when he added it to the infamous car sing-along scene in the first Wayne’s World movie.

The film is directed by Dexter Fletcher and Bryan Singer with Anthony McCarten and Peter Morgan on writing credits.

Bohemian Rhapsody opens in UK cinemas on the 24th October 2018, just in-time for the London Film Festival. It remains to be seen if this makes the cut for the festival but it would be an amazing film to open or close the event with.

Check out the brand new poster artwork for Bohemian Rhapsody below;