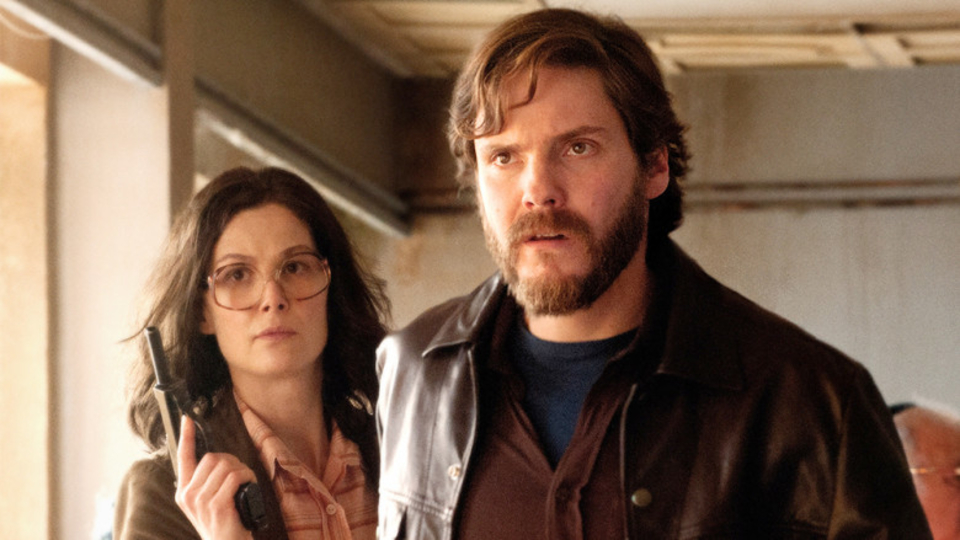 This true-life drama of the 1976 hijacking of an Air France flight en-route from Tel Aviv to Paris is a mixed bag. The story of the hijacking itself is solid enough with Daniel Brühl (always excellent) and Rosamund Pike (miscast here) as two of the hijackers who deliver a plane load of people into the hands of Idi Amin (Nonso Anozie).

The film works best when we see the machinations of the daring rescue mission come together by Yitzhak Rabin (Lior Ashkenazi) and Shimon Peres (a scene-stealing Eddie Marsan) and how the political landscape affects the Israeli army’s mission at hand. Tensions mount on how to diffuse this potentially catastrophic international incident as time is running out for the hostages.

Daniel Brühl leads the film very well as Wilfried Böse and his political agenda is balanced nicely against his increasing realisation that he has done something very wrong. Surprisingly, Rosamund Pike (who I’m a big fan of) seemed miscast here as Brigitte Kuhlmann. The relationship between her and Brühl’s Wilfried Böse doesn’t have the required emotional investment, especially when their ideologies start to separate.

Director José Padilha who you’ll know from the 2014 reboot of Robocop and episodes of Narcos clearly has a keen eye for dramatic tension. Conjuring up some great visuals to couple up with the solid performances from an impressive cast is Entebbe’s strongest hand. Denis Ménochet is wonderfully succinct in his portrayal of Jacques Le Moine, one of the Air France crew.

Lior Ashkenazi is superb as Yitzhak Rabin and his political head-butting with Marsan’s Shimon Peres gives the film some much needed bite. Nonso Anozie hands in a calculated and (at times) even amusing take on Idi Armin which in many ways supports the sheer unpredictability of this entire true-life incident.

Entebbe could have really done without the needlessly distracting theatrical performance of a stage-play that’s interjected throughout the film. It’s what drags this film down the most which is a real shame.  It’s designed to raise the drama stakes, but it only serves to infuriate – especially in the final act. The drama of the situation at hand was enough, and it certainly didn’t need interpretive dance to raise the threat level. So a few silly mistakes means Entebbe isn’t the sure-fire dramatic win it should have been, but the bulk of the story is handled well enough.