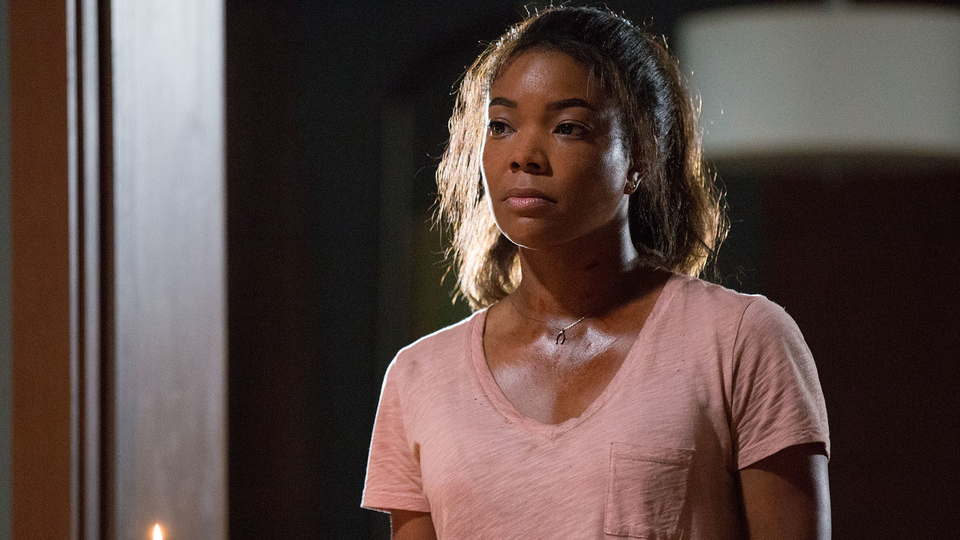 The tried and tested home invasion formula gets another dusting off in Breaking In, a functional and at times quite entertaining thriller that does the basics right. But in a world where Get Out and A Quiet Place work hard to redefine the genre, Breaking In seems to let its foot off the gas when a little invention and creativity could have gone a long way.

The set-up is relatively straightforward. Shaun Russell (Gabrielle Union) and her two kids Jasmine (Ajiona Alexus) and Glover (Seth Carr), head to the home of her estranged father to make arrangements to sell his lavish property after he dies. Due to be prosecuted on financial irregularities, Shaun’s father was a very wealthy man who lived in a huge, secluded ranch that’s covered with hi-tech surveillance and security cameras.

Once there, it’s not long before Shaun and her family and pursued by robbers who have made it into the house. They get separated, with Shaun outside and the kids trapped inside as hostages. Led by Eddie (Billy Burke – The Twilight Saga), the attackers want to find something in the house and use the children as bait to make sure Shaun helps them. But if there’s one thing you don’t do, it’s anger a mother scorned.

It’s perhaps my own fault for expecting something more from Breaking In. After witnessing some great invention in the genre recently I was surprised at just how pedestrian it became. The hard part was done with the set-up, and having the tech-heavy, cavernous house was a great move but these aren’t used well enough to further the story along.

With thrillers like this you have to assume that you’ll need to take a few leaps of faith, but Breaking In features a few moments where you’ll scream at the screen in frustration when a character does something needlessly foolish. We are reminded throughout the film that Shaun is a remarkable woman but in truth, she does do some pretty silly things to challenge that title.

It won’t change your life but Breaking In is entertaining all the same, and delivers a competent film that’s shot well by Director James McTeigue. The cast are all solid too. It’s great to see Gabrielle Union back on the big screen and the kids, especially Ajiona Alexus, do exceptionally well. I’ll watch anything Billy Burke is in too because no one plays a bad guy like he does. Breaking In could have been so much better with a little thought and attention in the middle act but it has to settle for just being ok.