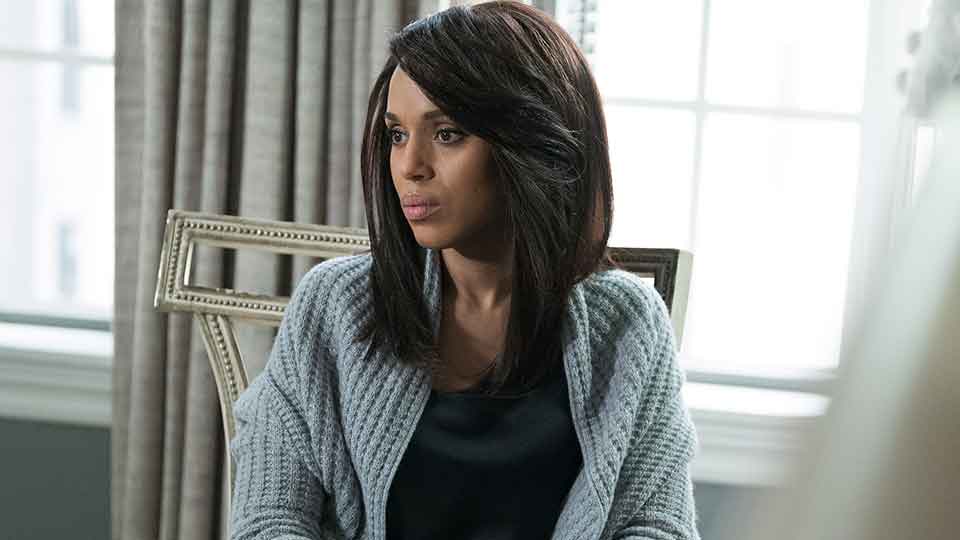 Mellie (Bellamy Young) and Olivia (Kerry Washington) were called to testify on the latest episode of Scandal.

Cyrus (Jeff Perry) and Jake (Scott Foley) pushed forward with their attempt to oust Mellie from the White House and it looked like they were going to be successful. Mellie was caught out when she was forced to plead the fifth over the death of President Rashad (Faran Tahir).

Jake put pressure on Olivia to throw Mellie under the bus but she refused and instead outed B613.

Olivia’s admission convinced the Gladiators to take the information public and they leaked it to Sally Langston (Kate Burton), who exposed B613 to the world through her television show.

The series finale is Over a Cliff. It’s the last ever episode of Scandal, and the Gladiators make the ultimate sacrifice to take down Cyrus and Jake.

Tune in to Sky Living HD at 10pm on Thursday to see the episode. Preview the episode with our gallery below: