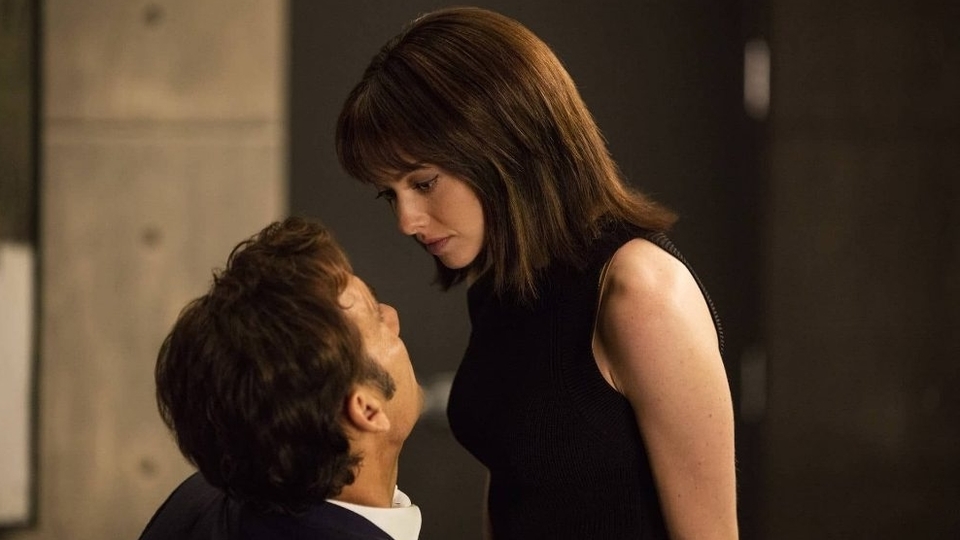 Every once in awhile a sci-fi movie comes along that really brings something new and interesting to the table. Anon is that film, a simultaneous theatrical and Sky Cinema release that injects a fresh perspective into the traditional whodunit crime story. With startling effect and a deeply immersive vision that completely captivates the senses, Anon is a fascinating and compelling watch that looks stunning throughout.

The future that appears onscreen is scarily believable and with Clive Owen and Amanda Seyfried at the helm you are in safe hands. Owen plays Sal Frieland, a detective who goes undercover to find a murderer who is a master of erasing all traces of their existence. To say more would spoil the story, but there are twists and turns that keep Sal on his toes as he hunts someone down who can digitally manipulate what you actually see, blurring the lines between fact and fantasy.

Anon raises legitimate concerns about where we are heading as a society in terms of interaction and cyber-crime. The concept of wilfully plugging into an ever-evolving digital world is explored exceptionally well here, and the very real repercussions of this are something the film successfully conveys. Writer/Director Andrew Niccol has always had a great handle on the not-too-distant future with Gattaca, In Time and The Truman Show three sparkling examples of intelligent and believable science fiction. Anon follows suit and possesses a style and artistic beauty that, at times, leaves you utterly breathless.

Clive Owen is always reliable and alongside Niccol favourite Seyfried deliver an onscreen duo that captivates the frame. The artistic vision of this film is sumptuous, with a staggering attention to detail and a sleek, clinical ambience running perfectly throughout. This helps Owen and Seyfried to deliver some absorbing performances that sparkle with chemistry and compliment the aesthetic charm of the picture.

The end may be a tad disappointing given the amazing build-up but that’s a small price to pay for the innovation and suspense that’s masterfully scattered throughout this neo-noir film. Anon is the first major release on Sky Cinema that justifies its marquee title. It’s also great to see Niccol back doing what he does best. It’s great to be able to watch this film on the same day that it opens theatrically, but for the full effect I would urge you to see this in a cinema. This futuristic vision is best served on a giant screen.