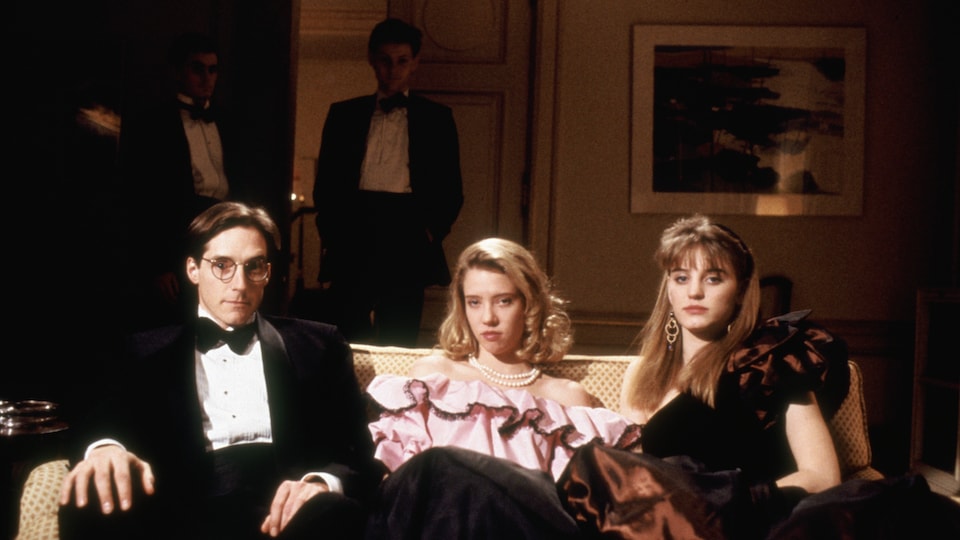 I can think of no higher compliment to pay Metropolitan, than to say it made me think it would be the kind of film F. Scott Fitzgerald might have written, had he been born 60 years later. Written and directed by Whit Stillman – the Terence Malick of haute-bourgeoisie comedy – Metropolitan tells the story of a middle class boy’s romantic and intellectual adventures in New York’s Upper East Side debutante society.

Against his better judgement, first-year college student Tom (Edward Clements) attends a society event, and then finds himself invited to an after party with a close-knit group of friends. Tom thinks himself a radical socialist, and is a follower of Fourierism. He rails against the morally impoverished upper classes. He’s a middle class intellectual who says ridiculous things like, “I don’t read novels, I prefer good literary criticism. That way you get both the novelists ideas as well as the critics thinking.”

Despite his misgivings about wealth and privilege, he makes an impression on the group, and is invited to the subsequent events in debutante season. He becomes an escort for Audrey (Carolyn Farina) and she starts to have romantic feelings for him. The film then essentially takes on the structure of a long conversation, spread across a few nights either side of Christmas, as the group discuss the fading world they have born into, lamenting how unprepared it has left them for the real world.

The dialogue between these characters is just wonderful. Expressive, insightful and frequently hilarious, Stillman is brilliant on class, gender, and the anachronistic world these one-percenters live in. The screenplay was quite rightly nominated for an Academy Award. It lost out to Ghost.

As well as being a satire of the fading world of the debutantes, Metropolitan also plays as a classic coming-of-age film. Like a John Hughes film, but on Park Avenue instead of Shermer, Illinois. The characters, privileged as they are, just want to find a place in the world where they’ll be happy. The self-awareness that this might not be possible for some of them, lends a real sense of melancholy to the film.

Coming from rich families, these kids will never want for anything, but the fear of failure and disappointment is very real. As one character wryly observes, the failure of their class will spring from their incompetence in mastering the common tasks of everyday life. He had just tried and failed to rent a car. Another character – a few years older than our gang but from the same social circles – defines success by whether you take any pleasure in responding to the question “so what do you do?”

Criterion have restored the picture, but the image is still pleasingly grainy. The disc is relatively light on additional features, but comes with an audio commentary recorded in 2005 with Whit Stillman, and actors Chris Eigeman and Taylor Nichols. There’s also a selection of outtakes, and some scenes filmed with the cast playing different roles.

The early 90s was a fertile period in American indie cinema. The decade would go on to be defined by whip-smart, dialogue driven films. Metropolitan has kind of been forgotten in the wake of Tarantino, Smith, Linklater and their many pop-culture obsessed imitators. But it is well worth revisiting.