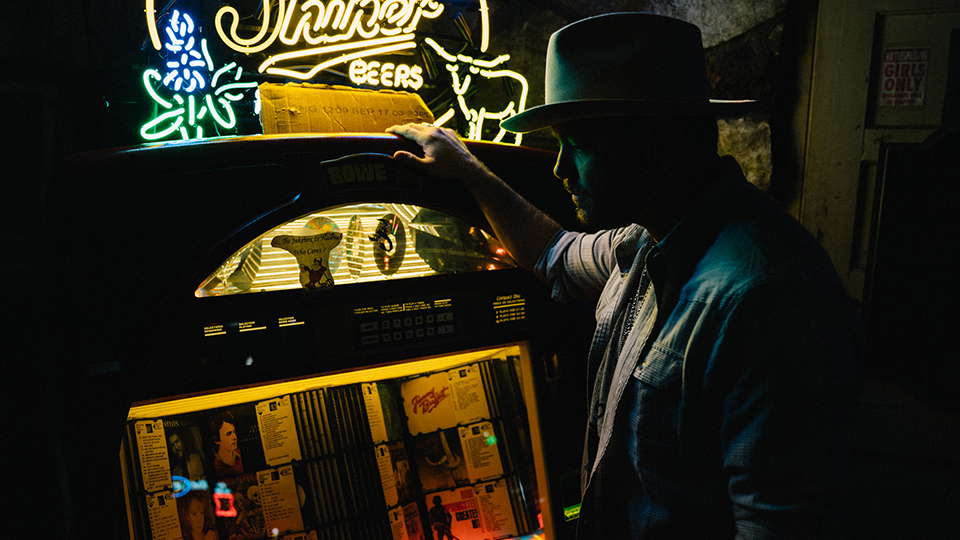 Texan singer-songwriter Wade Bowen has been working hard at his craft for years, choosing to stay in his home state rather than make the journey to Nashville.

Having built a large following, Bowen has signed with Thirty Tigers for the release of his new album Solid Ground, which arrives in the UK on Friday 6th April. The album features collaborations with an impressive roster of talent including Miranda Lambert, Andrew Combs and Lucie Silvas.

I caught up with Wade recently to find out about the concept for Solid Ground, discuss the collaborations on the record, and talk about his upcoming visit to the UK for the Black Deer Festival.

What concept did you have in mind when you went into the studio to record Solid Ground?

I’m born and raised in Texas. I think I’ve touched on it in previous albums but never really dove into it fully. The music of Texas is so strong and always has been. It’s rock, it’s country, it’s Americana, it’s Blues… it’s a little bit of everything in this state where I’m from. I’m a huge Bruce Springsteen fan so in a similar fashion, the way that he represents the Jersey sound and where he comes from, I really wanted this record to represent that. A lot of the characters, a lot of the substance and a lot of the sound is really just a tribute to my home state.

The fusion of styles and influences really comes through on the record. With this album did you want to represent how those influences shaped your sound?

Yeah! I really like to do a little bit of everything if possible. I don’t know if it’s out of boredom or what it may be, but I’ve always done that. I love to play really, really country stuff and then I love to play really rock and roll stuff and everything in between. I think this record represents that. I think my records have always sort of done that, this one probably more than any of them. I love being able to show off that I can hopefully do everything and not just be stuck to one style of music.

You’ve worked with some incredible people on this album including Andrew Combs, Miranda Lambert and Lucie Silvas. How did those collaborations come about?

Well Lucie, actually I had not met her but she came in and this was one of those lucky things that I happened to be around. My producer Keith Gattis threw her and said, ‘why don’t you try this for me?’ Those two tracks that she sang on just made the record to me. She’s an absolute phenomenon and I’ve really enjoyed getting to know her over the last few months through this whole process. She’s an amazing person that just made those tracks exactly what I wanted – something a little eerie – but also, those tracks are very female-oriented in the substance and so I really wanted not just a male singer to come across, I wanted the feel of a female presence there and she really really made that happen.

Getting Miranda to sing on it… we’ve been friends a long time so it was the age old story man, where I just called up and asked her and she said yes. It was real easy. I’m so thankful she’s a part of it. I wrote for probably a year or so on this record. I wrote with a lot of friends and a lot of people. Going back to that thing of trying to represent our home state, Miranda is a Texan, Andrew Combs is a Texan, Jack Ingram’s a Texan… There’s a lot of people that understood sonically what we were going for. Keith Gattis, my producer, he’s a Texan so he had a lot of Texas friends as well. I think when you get your friends involved in anything, no matter what you’re doing, it makes it a lot more fun.

The standout track on Solid Ground for me is 7:30. It’s such a powerful track. Can you tell me the story behind that one?

I wrote that with my friends Angaleena Presley and Waylon Payne. We were really just trying to write a simple sounding country song that day and if you listen to the original demo it’s very country. I don’t know if you listen to much of Waylon Payne’s stuff but he’s very soulful and he can take take the simplicity of a song and just make it sound beautiful. That’s really, really what Waylon’s strength is to me. The song is almost seven and a half minutes and we just took it and ran with it. I think as the song goes on, it gets further into it especially at the end there where we’re all jammin’. There’s so much of it that we just wanted to leave in there because it was too hard to take out. I think the band gets better as we go along. Being that this is such a raw record, a real record and such an authentic sounding record, we just thought it was best to leave it over seven minutes. To me it just gets better. The title comes from Waylong. He got a phone call (saying) that he’d lost his Mom around 7.30 in the morning. That’s where the title comes from even though we don’t say it in the track.

The lyrics to the song really are quite heartbreaking…

Yeah, yeah it really is. It’s a very, very sad song. I think with a substance like that you don’t necessarily need some fancy chord progressions or arrangements, you can just keep it simple and pretty sounding. That’s really what we were going for as writers.

Where did the title for the album come from?

Just going back to that Texas thing, you know I was born in Texas and raised here. I never made the trip to Nashville to pursue a country career or anything like most a lot of people do. I stayed in Texas and started touring and built up a following. I’ve been doing this for a long time so I thought it was an appropriate name, Solid Ground, just to represent the sound of my sound and the sound of this record.

I really love your voice. You manage to pack so many different sounds and styles in there. When did you first realise that you have this voice and you could sing?

Your voice to me is pure raw talent. You can hear that passion coming from your soul rather than just simply singing the notes and words. I believe everything you sing. ..

Thank you very much. Maybe it’s a lack of knowledge on my part or who knows? I’mo definitely not sure if I’m singing right and (I’m not) taking voice lessons or any of that stuff (laughs). I just fumble my way through my career. I’m definitely a very intensely passionate songwriter and singer. I really don’t do anything unless it has a purpose or a meaning behind it for me or the listener. I very much appreciate you listening and noticing that.

You’re coming over to the UK later this year for some live shows aren’t you?

Oh yeah! I’m coming over there in June. We are doing quite a run actually all over Europe. I’m Glasgow Oran Mor and then I’m playing the Black Deer Festival in Kent on June 22nd. I’ve been over there probably a year and a half ago, I did a run of acoustic shows. This will be fun to put a band together. I think Jason Isbell and some other people are on that list and it looks pretty incredible so we’re glad to be a part of that.

What else do you have coming up this year? Do you have any other projects in the pipeline?

Not really. As of now I’m just going to keep working this record. We released it in the States first so I’ve been working like crazy on that. It comes out April 6th in Europe. I’m really new to all of this as far as touring over there and working the record over there. I’m excited to really do that. We’re going Canada as well in November and then our normal touring in the States. We never really stop touring, we’re always on the road so we’ll just keep doing that and keep working hard.

Wade Bowen’s Solid Ground is released via Thirty Tigers on Friday 6th April 2018. Listen to Day of the Dead below: