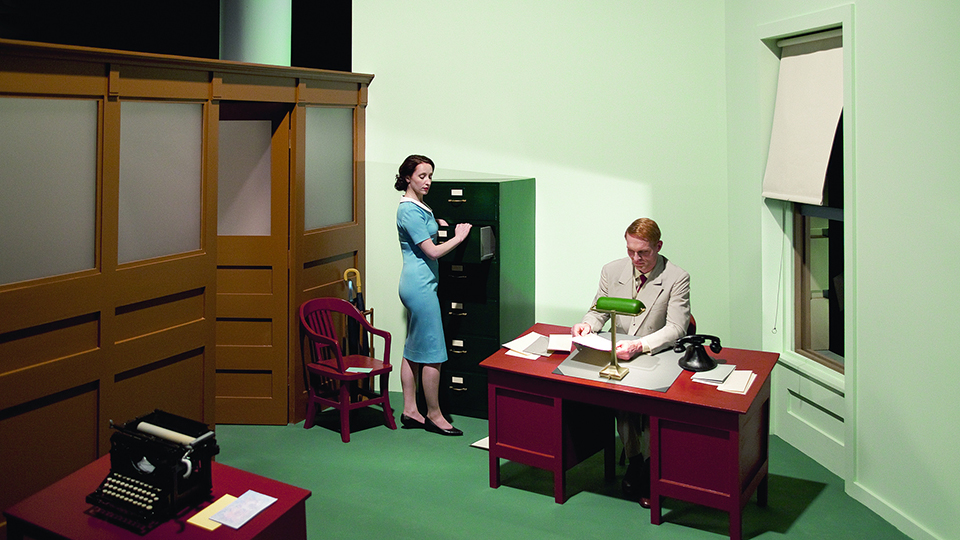 Eureka Entertainment to release Shirley: Visions of Reality, a dream-like recreation of the works of artist Edward Hopper, as part of the Montage Pictures range in a Dual Format (Blu-ray & DVD) edition on 19 March 2018.

Austrian filmmaker, architect and experimental artist Gustav Deutsch reproduces 13 of American painter Edward Hopper’s oil paintings on film in Shirley: Visions of Reality, connecting them through the fictitious story of a red-haired New York actress through the years 1931-63.

Shirley’s reflective and contemplative inner monologues cover her involvement in three decades of political, social and cultural upheaval that changed a country and its people forever. Pearl Harbour and WWII, the atomic bomb and the “conquest of space”, McCarthyism and the Cold War, the assassination of JFK and the start of the Vietnam War, Billie Holiday and the Southern blues, Elvis Presley and rock n’ roll, and finally Martin Luther King and the March on Washington.

Presented as a series of nearly static tableaux’s, with stunning cinematography from Jerzy Palacz, Shirley: Visions of Reality is an experimental tour-de-force.

Shirley: Visions of Reality, a dream-like recreation of the works of artist Edward Hopper, is available NOW in a Dual Format (Blu-ray & DVD) edition and available to order here https://amzn.to/2GikFJO

To celebrate, we’ve got 3 copies of Shirley: Visions of Reality on Dual Format to give away. All you need to do to be in with a chance of winning is enter below…

Advertisement. Scroll to continue reading.
In this article:Eureka Entertainment, Shirley: Visions of Reality