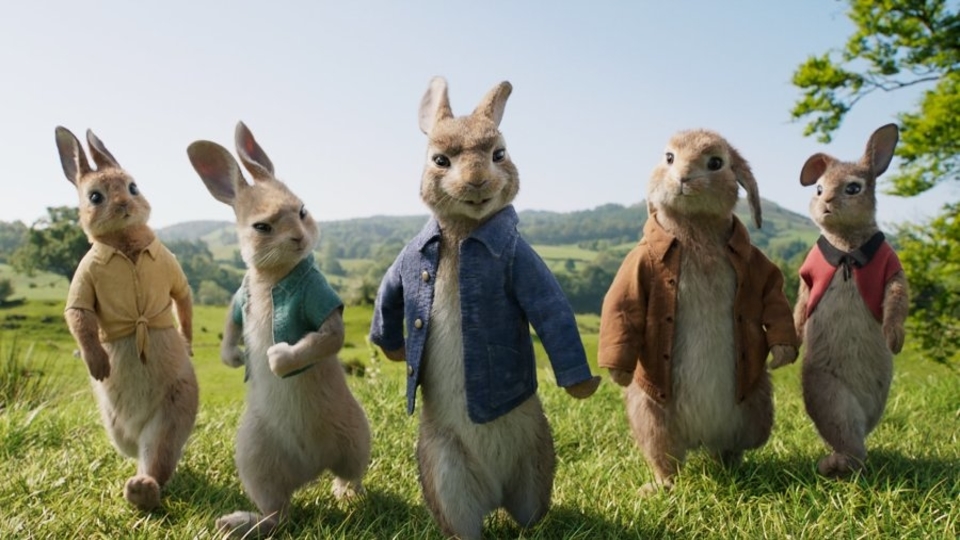 The Peter Rabbit star-studded premiere took place in London yesterday with its cast and crew in attendance.

James Cordon, Domhnall Gleeson, Elizabeth Debicki and Daisy Ridley were among the attendees as the green carpet welcomed the new family movie, heading to cinemas on Friday 16th March just in-time for the Easter holidays.

Peter Rabbit brings all of the fan-favourite Beatrix Potter characters to the screen in this brand-new, modern adventure.

James Corden brings the mischievous Peter to life, with Rose Byrne in the female lead role of Bea and Domhnall Gleeson as Mr. McGregor. Margot Robbie, Elizabeth Debicki, and Daisy Ridley will voice the roles of Peter’s sisters Flopsy, Mopsy, and Cottontail.

In Peter Rabbit, the mischievous and adventurous hero who has captivated generations of readers now takes on the starring role of his own contemporary comedy.

In the film, Peter’s feud with Mr. McGregor (Domhnall Gleeson) escalates to greater heights than ever before as their fight to gain control of McGregor’s coveted vegetable garden and the affections of the warm-hearted animal lover who lives next door (Rose Byrne) extends to the Lake District and London.

Peter Rabbit is directed by Will Gluck from a screen story and screenplay by Rob Lieber and Will Gluck, based on the characters from the original Tales of Peter Rabbit by Beatrix Potter.

The film is produced by Will Gluck and Zareh Nalbandian, with Doug Belgrad, Jodi Hildebrand, and Jason Lust serving as executive producers.

Commenting on the film, James Corden said, “Every British child falls in love with Peter Rabbit sooner or later. I hope that a new generation will see this film and rediscover the incredible books and storytelling of Beatrix Potter and fall in love with the character as I did. That’s why I wanted to be part of this film.”

Will Gluck added, “In making this film, we’ve always felt as humble custodians entrusted with Peter’s legacy. My parents introduced Peter to me, and I in turn introduced him to my own children – and it’s my great honor to be directing a film that will bring him to cinemas everywhere.”

Check out the premiere highlights below;