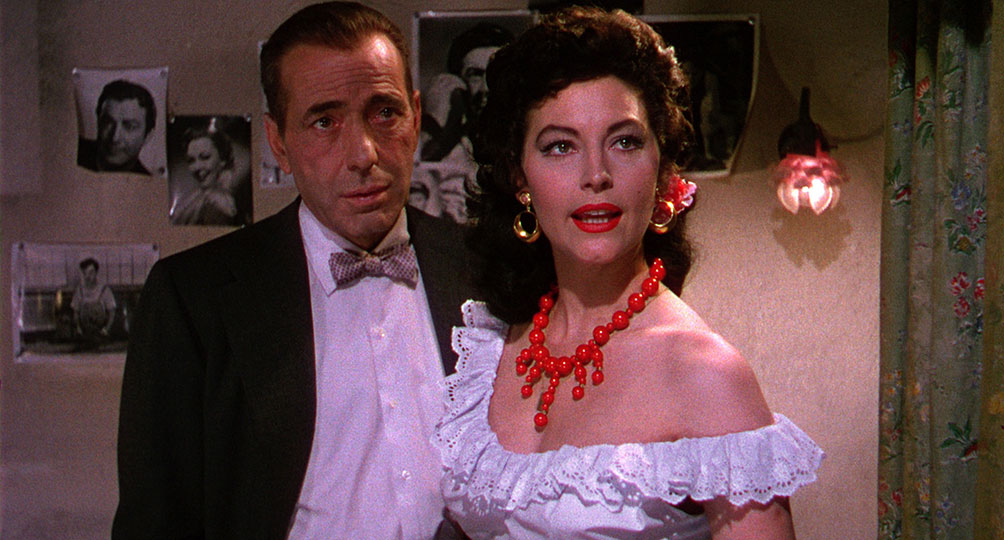 Eureka Entertainment to release The Barefoot Contessa, an extravagant display of directorial prowess from Joseph L. Mankiewicz and starring Humphrey Bogart and Ava Gardner, for the first in the UK on Blu-ray in a Dual Format (Blu-ray & DVD) edition as part of The Masters of Cinema Series on 12th March 2018.

A high point in the already success-laden career of writer-director Joseph L. Mankiewicz (A Letter to Three Wives, All About Eve), and one of the most glamorous and extravagant films from Hollywood’s Golden Age, The Barefoot Contessa is a tragic drama about the tumultuous rise and fall of fictional Hollywood actress Maria Vargas (Ava Gardner).

Humphrey Bogart plays down on his luck writer and director Harry Dawes, reduced to working for an egotistical and abusive producer, Kirk Edwards (Warren Stevens). Whilst scouting for the female lead in his new movie, Dawes meets the beautiful and charismatic Maria Vargas, a barefooted flamenco dancer, in a Madrid night club and convinces her to star in his movie. Maria is an overnight sensation, but cannot find satisfaction in the shallow world of Hollywood, and the men in her life who treat her as nothing more than a commodity.

Also featuring Edmund O’Brien in an Oscar winning role as a duplicitous publicist, and featuring cinematography from the legendary Jack Cardiff, The Barefoot Contessa was a massive success upon release, and The Masters of Cinema Series is proud to present the film in a special Dual Format edition, that includes the film on Blu-ray for the first time in the UK.

The Barefoot Contessa, an extravagant display of directorial prowess starring Humphrey Bogart and Ava Gardner, available for the first in the UK on Blu-ray in a Dual Format (Blu-ray & DVD) edition as part of The Masters of Cinema Series from 12 March 2018 http://amzn.to/2DX4VhU

To celebrate the release we’ve got 3 copies of The Barefoot Contessa to give away on Dual Format. All you need to do to be in with a chance of winning is enter below…

In this article:Eureka Entertainment, The Barefoot Contessa