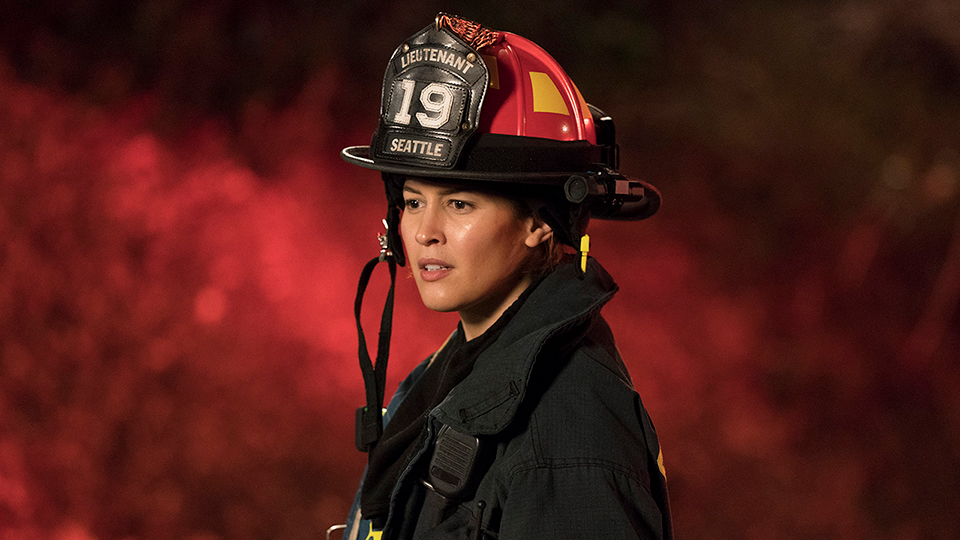 In a similar way to how Addison Montgomery (Kate Walsh) left Seattle to join a practice in Los Angeles for spin-off Private Practice, Ben Warren (Jason George) will be exploring his new career as a firefighter on Station 19.

Ahead of the show’s debut, we’ve pulled together everything you need to know about it. Keep reading to find out all the latest information…

What is Station 19 about?

The show follows the lives and careers of the firefighters that work at Seattle Fire Department’s Station 19.

Who stars in Station 19?

The main cast for Station 19 is:

When will Station 19 debut?

Fans will first meet the show’s characters in episode 14×13 of Grey’s Anatomy You Really Got a Hold on Me, which airs in the US on Thursday 1st March 2018 on ABC and in the UK on Wednesday 14th March 2018 on Sky Living HD.

You can see the promo for that episode below:

The season premiere of Station 19 will be part of the TGIT line-up on ABC in the US on Thursday 22nd March 2018. The show will kick-off with a double bill. There’s no word on who will air the show in the UK yet but it’s a safe bet that Sky Living, the channel that airs Grey’s Anatomy, will pick it up.

The first two episodes are directed by Paris Barclay and written by Stacy McKee. Station 19’s first season will consist of 10 episodes.

Where can you watch the trailer for Station 19?

You can watch it right here! The full trailer debuted on Thursday 1st February 2018 during Grey’s Anatomy.

Will Station 19 cross over with Grey’s Anatomy?

We know from the trailer that Meredith Grey (Ellen Pompeo) will be in the opening episodes and we’re pretty sure that Bailey (Chandra Wilson) will show up at some point given that she’s married to Ben. Don’t rule out semi-regular crossovers in future seasons if Station 19 is a hit.

Who are the creatives behind Station 19?

The show is created by Stacy McKee who is also an executive producer along with Shonda Rhimes, Betsy Beers, Paris Barclay and Ellen Pompeo.