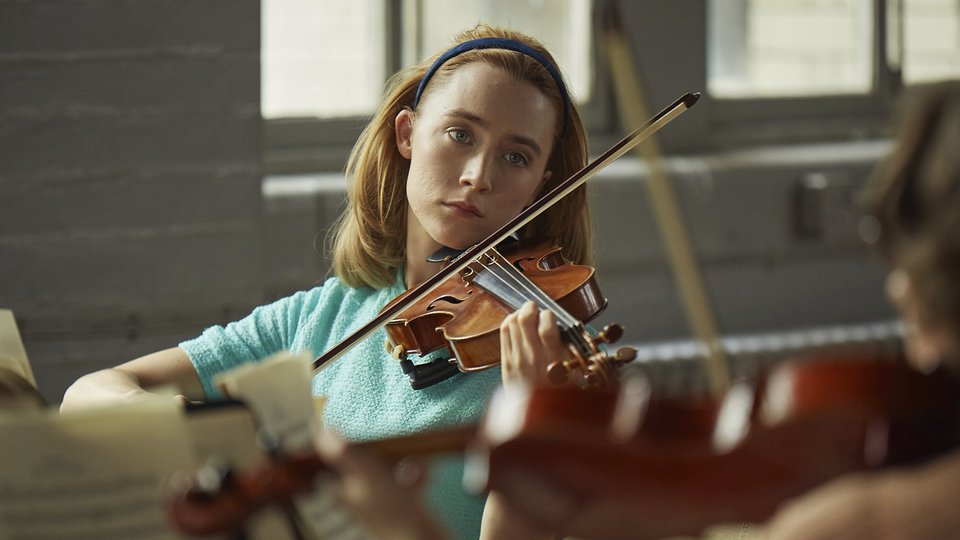 A brand new trailer has arrived for On Chesil Beach.

On Chesil Beach stars Academy Award nominee Saoirse Ronan (Lady Bird, Brooklyn, Atonement) and Billy Howle (Dunkirk, The Sense of an Ending, The Seagull), and will open in cinemas across the UK on 15th June 2018.

Ian McEwan has adapted the screenplay from his best-selling novel of the same name, which was shortlisted for the 2007 Booker Prize.

It is summer 1962, and England is still a year away from huge social changes: Beatlemania, the sexual revolution and the Swinging Sixties. Florence (Ronan) and Edward (Howle) are just married and honeymooning on the dramatic coastline of Chesil Beach in Dorset. However, the hotel is old fashioned and stifling, and underlying tensions between the young couple surface and cast unexpected shadows over their long anticipated wedding night.

From the precise depiction of two young lovers, to the touching story of how their unexpressed misunderstandings and fears shape the rest of their lives, On Chesil Beach is a tender story which shows how the entire course of a life can be changed, by a gesture not made or a word not spoken.

On Chesil Beach will be released on 15th June 2018 through Lionsgate UK.

Saoirse Ronan is riding a wave of success right now after being nominated for numerous honours this awards season. Her role in Lady Bird follows wonderfully leaidng turns in the likes of Brooklyn, How I Live Now, Byzantium and Hanna as well as scene-stealing turns in The Grand Budapest Hotel and The Way Back.

Check out the new trailer below and let us know what you think in the comments section.

In this article:Billy Howle, On Chesil Beach, Saoirse Ronan