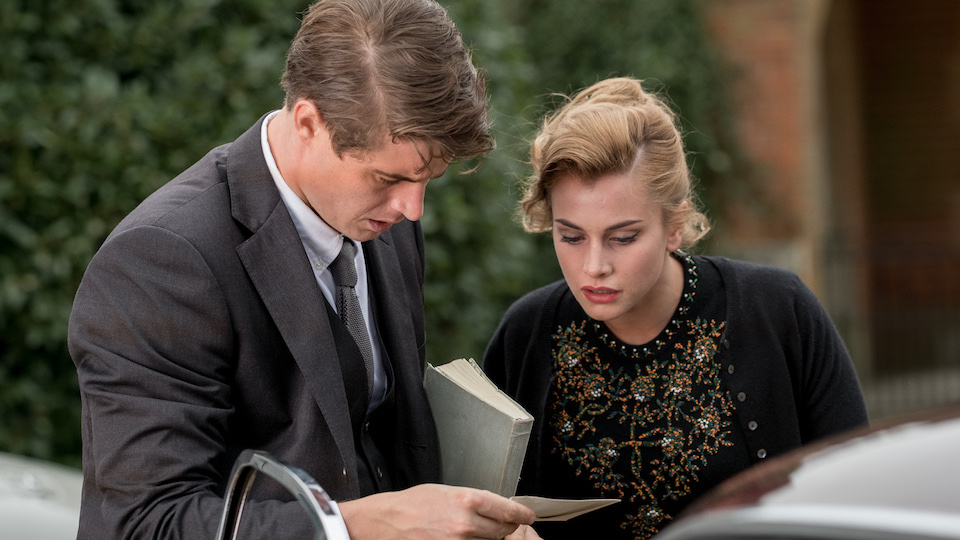 Presenting to you, the other all-star cast adaptation of an Agatha Christie story that came out last year. With far less fanfare I might add. Kenneth Branagh’s Murder on the Orient Express got the big premiere and the glitzy press tour. Crooked House plopped onto Channel 5 just before Christmas here in the UK. But don’t be fooled, this is actually the better of the two.

Allegedly one of Christie’s favourites from her esteemed back catalogue, Crooked House sees Charles Hayward (Max Irons) a former spy, now private investigator, hired by Sophia Leonides (Stefanie Martini) to investigate the death of her grandfather. The old man, Aristide Leonides, was extraordinarily wealthy and powerful, and married to Brenda, a beautiful former Las Vegas dancer played by Christina Hendricks.

Sophia believes her grandfather’s insulin had been laced with poison. Much younger than Aristide, the eyes of suspicion all fall on Brenda. But as Charles arrives at the sprawling Leonides estate, he soon discovers that everyone in this dark and twisted family had motive and opportunity to murder the old patriarch.

Less fusty and staid than the traditional Agatha Christie sleuthing adventures we are used to, Crooked House aims more for the recent, cooler and edgier style of mystery thrillers such as And Then There Were None. And for the most part succeeds, but not entirely. With its gumshoe lead and endless parade of femme fatales, there is a palpable sense of director Gilles Paquet-Brenner aiming for film-noir, but not quite hitting the mark.

The sets and costumes are beautiful, and the performances are nothing less than you would expect from such a talented cast. The whole thing unfortunately is staged in a rather pedestrian manner, and never truly escapes its TV movie of the week origins. That is until the terrific final act, when all the twists and turns pay off in a shocking and satisfying way.