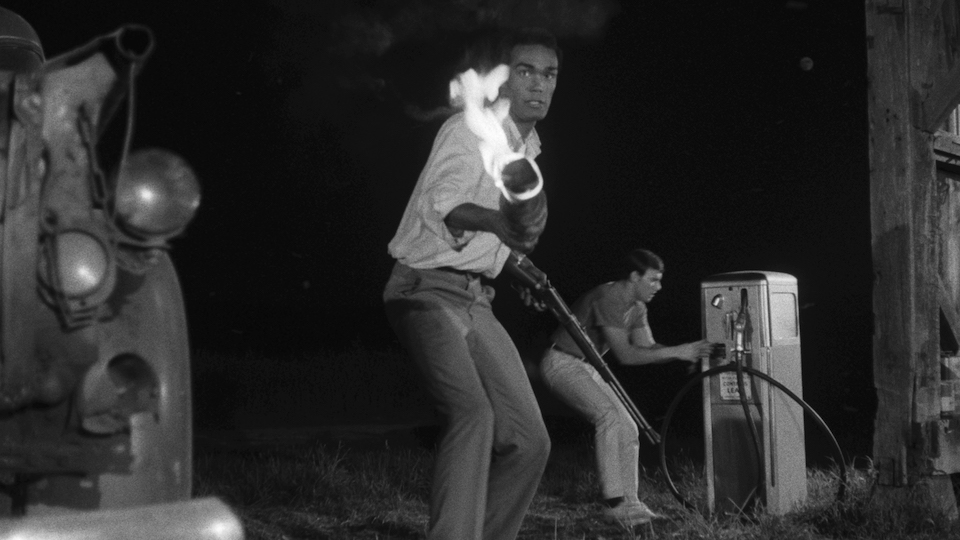 What else is left to say about Night of the Living Dead? In terms of cultural impact, it is arguably the most influential film ever made. George A. Romero’s cult classic helped to reshape the language of horror, and in doing so, spawned an entirely new genre, and created a pop-culture phenomenon.

Filmed on a shoestring budget, Romero’s debut film follows Barbra (Judith O’Dea) and Ben (Duane Jones), two strangers who seek shelter in an old farmhouse. They are being pursued by the dead. For they have risen, and seek to feast on human flesh. As far as plots go, it’s among the greatest of all time. Here we are 50 years later, and it’s still being churned out one way or another. Hell, one of the most popular shows on TV has wrung 8 seasons out of this simple and beautiful nightmare.

Romero’s subversive satire of American society in the 1960s has lost none of its bite, however the gore and shock factor of Night of the Living Dead, which so terrified audiences in 1968 now seems tame by modern standards. What hasn’t lessened is the nihilistic punch of the final act. Powerful, bleak, and painfully realistic, it has been imitated countless times. But never bettered.

Night of the Living Dead has gone through many different home video releases over the years, but I can confidently say this is the definitive version. Horror fans, you owe it yourself, and the credibility of your collection to have this on your shelf. A starkly beautiful 4K restoration has the film looking better than it has any right to. The picture is incredible, and yes, it does in places draw attention to some of Romero’s budget limitations, but it doesn’t matter in the slightest.

Disc one also comes with a real treat for the die hard fans among you – Night of Anubis, an uncorrected 16mm work print of Night of the Living Dead, featuring the alternate opening title, and a scene that was removed at the request of the original distributor.

However, disc two is where the dark magic happens. Produced exclusively for Criterion in 2017, Light in Darkness is a programme featuring Frank Darabont, Guillermo del Toro, and Robert Rodriguez discussing the cinematic importance of Night of the Living Dead. If anything, it is too short. I could listen to del Toro talk about films forever.

Also on the disc is some never before seen, silent 16mm raw footage. There is also a VHS transfer of some 16mm B-roll, shot for Pittsburgh local news. It is the closest thing to behind the scenes footage of Night of the Living Dead known to exist. Original music has been added, which gives it an eerie and disturbing quality.

There’s a great little featurette pulled together from the 2009 documentary Autopsy of the Dead, with original cast and crew talking about what it means to be cinema’s original flesh eating ghouls. This short feature is full of terrific recollections from the old extras, who were all Pittsburgh locals.

Also on the disc is a short documentary about the music of the film, and a visual essay entitled Limitations into Virtues, which explores the style of Night of the Living Dead. There are trailers, TV spots, interviews, festival appearances, and even a piece with Romero and Don Coscarelli (director of Phantasm) discussing the mechanics of horror.

What more could you want?