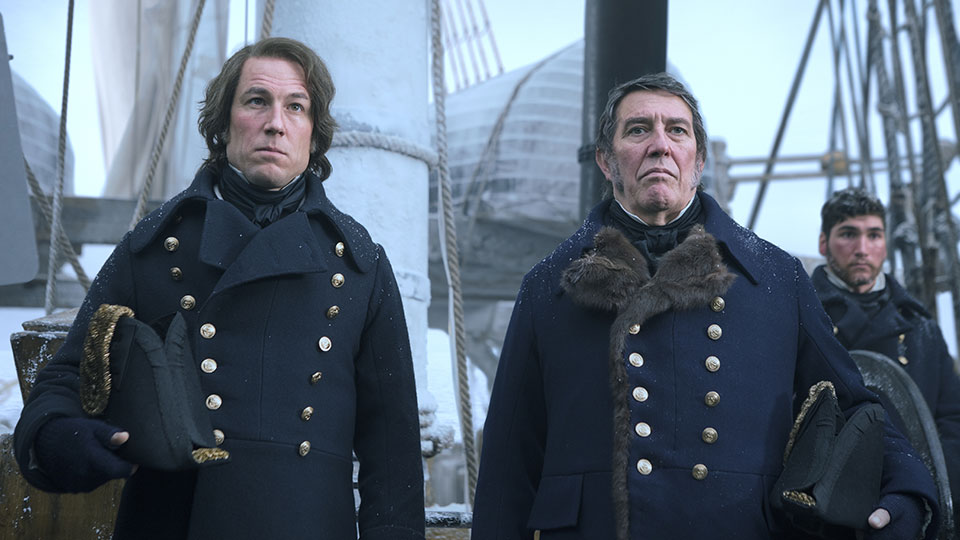 AMC’s new thriller The Terror, which is executive produced by Ridley Scott, will debut in the UK on Tuesday 24th April at 9pm exclusive to BT customers.

The Terror is inspired by a true story and based on Dan Simmons’ novel of the same name. The series centres on the British Royal Navy’s perilous voyage into unchartered territory as the crew attempts to discover the Northwest Passage. Faced with treacherous conditions, limited resources, dwindling hope and fear of the unknown, the crew is pushed to the brink of extinction. Frozen, isolated and stuck at the end of the earth, “The Terror,” highlights all that can go wrong when a group of men who are desperate to survive, struggle not only with the elements, but with each other.

The real expedition, which set sail in 1845 and led to more than 120 crew members inexplicably disappearing, has warranted a great deal of speculation. After almost 175 years of searching, coincidentally, the ships were discovered by arctic research groups in 2014 and 2016.

Alongside Ridley Scott, the show is executive produced by David Kajganich (A Bigger Splash), Soo Hugh (The Killing), David W. Zucker (The Good Wife), Alexandra Milchan (The Wolf of Wall Street), Scott Lambert (Paranoia) and Guymon Casady (Game of Thrones). It is produced by Scott Free, Emjag Productions and Entertainment 360 in association with AMC Studios.

In this article:AMC, Ridley Scott, The Terror