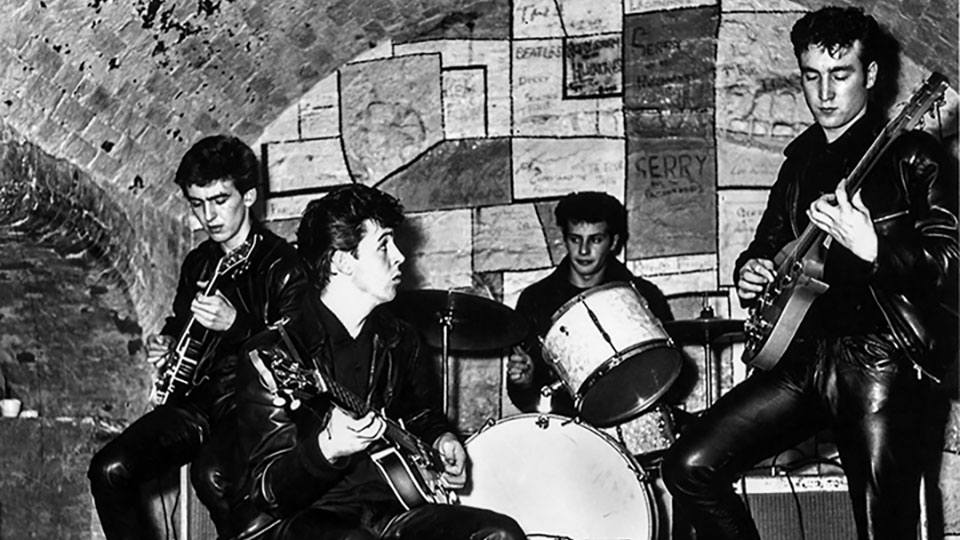 The two-week run continues until Saturday 5 May. Pete Best will appear as himself in three special performances.

Produced by Pulse Records Ltd in association with Bill Elms, Lennon’s Banjo opens at the Epstein Theatre on Tuesday 24 April, continuing through until Saturday 5 May. Tickets are on sale now.

Lennon’s Banjo is written by Rob Fennah, who will also co-produce the show. No stranger to theatre, Fennah wrote the stage play adaptation of Helen Forrester’s Twopence to Cross the Mersey which has enjoyed success spanning 20 years.

It was John Lennon’s mother, Julia Lennon, who introduced him to the world of pop music, teaching him to play rock and roll on a banjo, given to her by John’s grandfather. The play is about a quest to find the holy grail of pop memorabilia – the first instrument John Lennon learned to play, which has been missing for 60 years and is now worth millions to whoever finds it.

Mysteriously, the banjo went missing shortly after Julia’s death. One thing is certain though, if it did resurface it is estimated to be worth in the region of five million pounds.

Set in present day Liverpool, Lennon’s Banjo is based on the 2012 novel Julia’s Banjo written by Rob Fennah and Helen A Jones. A mix of fact and fiction, the production will be directed by Mark Heller.

When Beatles tour guide Barry Seddon (Eric Potts) finds a letter written by John Lennon, he unearths a clue to solving the greatest mystery in pop history – the whereabouts of Lennon’s first musical instrument which has been missing for 60 years. But Barry’s loose tongue alerts Texan dealer Travis Lawson (Danny O’Brien) to the priceless relic.

In an attempt to get his hands on the letter and the clues, he persuades his wife Cheryl (Stephanie Dooley) to befriend the hapless tour guide and win his affections. The race for the holy grail of pop memorabilia is on!

For more info visit www.lennonsbanjo.com and for tickets see www.epsteinliverpool.co.uk.

Greg Jamesonhttp://www.gregoryjameson.com
Book editor, with an interest in cult TV.
Previous article
Mark Thomas returns to Leeds with Showtime From The Frontline
Next article
The Folio Society has collectible edition of A Wrinkle in Time

‘The Beatles and India’ set for October release