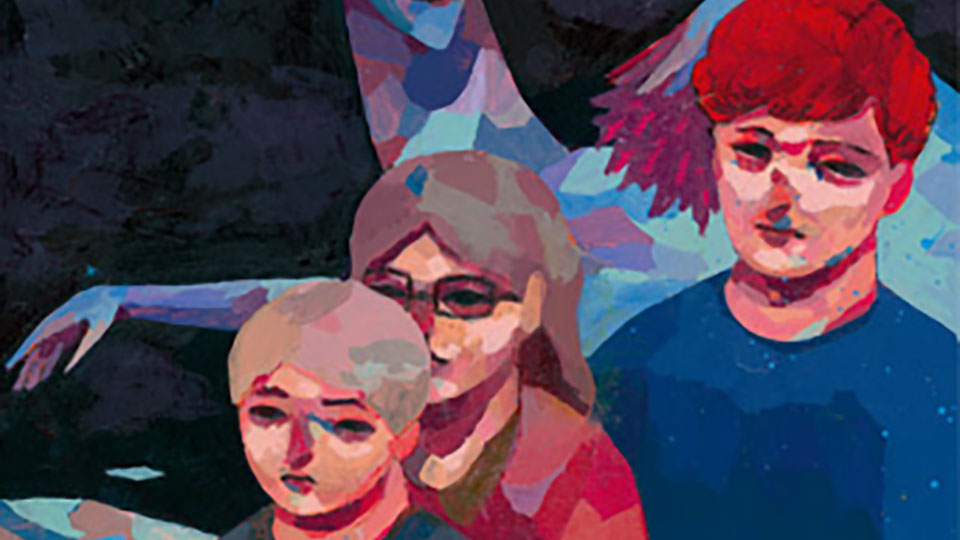 With Disney’s hotly anticipated film adaptation of A Wrinkle in Time set for a 23rd March 2018 UK release, The Folio Society’s version of the novel offers readers a chance to experience the science fiction tale before it hits the big screen.

Colourful paintings by Sam Richwood bring to life Madeline L’Engle’s story of Meg Murry as she is swept away on an adventure through time and space to rescue her physicist father.

A heady blend of fantasy, suspense thriller and science fiction, A Wrinkle in Time is deliciously fast-paced and brimming with rich wordplay. The children travel to the planet Camazotz, a sinister place where everyone must conform. Here they join a cosmic battle to defeat the Black Thing, an evil force spreading its shadows over Earth, and the all-consuming power of IT. When Charles Wallace falls under IT’s hypnotic control, Meg must search inside her own heart for the means to save him, remembering her father’s wise words, ‘Don’t be afraid to be afraid.’

Like so many other books now considered classics, A Wrinkle in Time was rejected by dozens of publishers. In her introduction to this The Folio Society edition, which is accompanied by colourful paintings by Sam Richwood, Meg Rosoff suggests that this could only be because Madeleine L’Engle’s masterpiece was ‘Too different. In short, too good.’ Finally published in 1962, it won America’s most important prize for children’s books, the Newbery Medal.

The characters face psychological battles, fall in love and grapple with Euclidean geometry. They learn that individuality is worth standing up for, as L’Engle well knew, despite her book’s numerous rejections: ‘You have to write the book that wants to be written. And if the book will be too difficult for grown-ups, then you write it for children.’

As Oprah Winfrey, Reese Witherspoon and Mindy Kaling head up the cast of the blockbuster, as the story’s three ancient shapeshifters, it seems the novel is due a resurgence.

A Wrinkle in Time by Madeleine L’Engle, introduced by Meg Rosoff and illustrated by Sam Richwood, is available exclusively from The Folio Society at www.foliosociety.com.

A Wrinkle in Time by Madeleine L’Engle, introduced by Meg Rosoff and illustrated by Sam Richwood, is available exclusively from The Folio Society at www.foliosociety.com.

In this article:A Wrinkle in Time, Madeleine L'Engle, The Folio Society