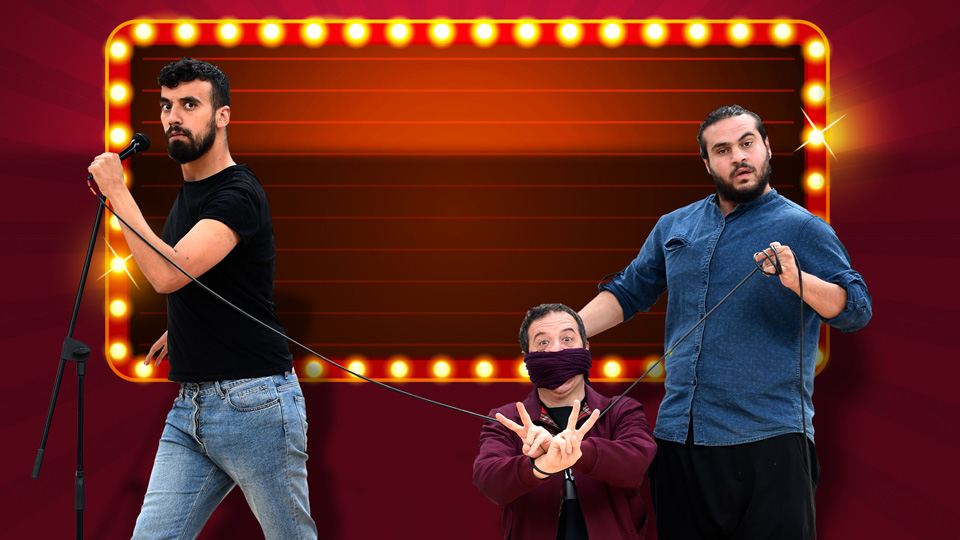 Mark Thomas' Showtime From The Frontline

Mark Thomas is set to return to West Yorkshire Playhouse this March with Showtime From The Frontline – a show inspired by his experiences of setting up a comedy club in the northern West Bank.

Dodging cultural and literal bullets, Israeli incursions and religion, Mark Thomas and his team set out to run a comedy club for two nights in the Palestinian city of Jenin in 2017, only to find it’s not so simple to celebrate freedom of speech in a place with so little freedom.

Jenin refugee camp is home to Jenin Freedom Theatre, and to people with a wealth of stories to tell. Mark tells this story alongside two of its actors and aspiring comics Faisal Abualheja and Alaa Shehada, exploring being yourself in a place that wants to put you in a box.

With sell-out shows, non-stop awards, the highest critical acclaim, his own TV and radio shows, numerous documentaries, published books, Guinness World Records, influencing changes in the law, creating manifestos and exposing arms trade dealers, it’s no wonder that Mark is one of the UK’s most recognised performers and influential activists.

Mark Thomas: Showtime from the Frontline is at West Yorkshire Playhouse from Thursday 15th to Saturday 17th March. Book online at wyp.org.uk or call the Box office 0113 213 7700.