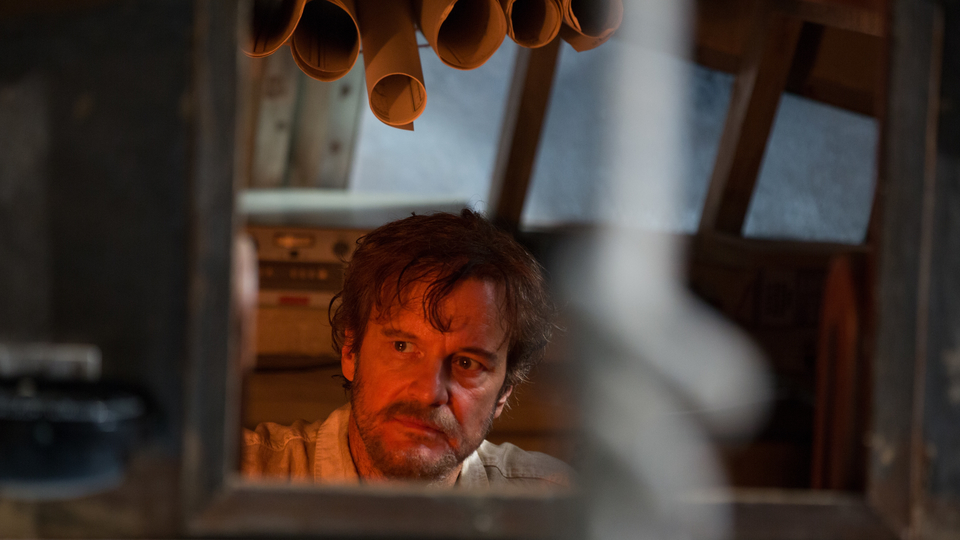 Colin Firth has always excelled as the buttoned up Brit, whether it is the King’s Speech, Pride And Prejudice or Bridget Jones. Kingsman allows him some kickass moves, but it is in The Mercy where we really get to see him unbutton.

Firth takes on the role of Donald Crowhurst, an inventor, risk taker and amateur sailor, who signs up for The 1968 Sunday Times race to single-handedly circumnavigate the globe – putting his honour, home, life savings and indeed life on the line.

Woefully underprepared and with a series of unfortunate events befalling him, it soon becomes clear that there is no way in hell that Crowhurst is going to complete the round trip, so he begins to doctor his navigational charts in a bid to come home last but come home at least. The only thing is, with a press agent over egging everything he does, and his competitors crashing out along the way, it soon leaves Crowhurst in a tight spot.

Beautifully shot, James Marsh, the man behind The Theory Of Everything (which also happens to be about a determined man and an equally strong woman behind him), brilliantly cuts between the solitude and despair of Crowhurst in the middle of the ocean, and his family, friends and supporters back home in Blighty willing him on – making the whole thing even more desperate.

Colin Firth is superb in the lead role, perfectly displaying the derring-do of a post Empire adventurer who is soon driven to despair, while Rachel Weisz is equally fantastic as his supportive, yet steely wife in this wonderfully moving story about heroic failure.