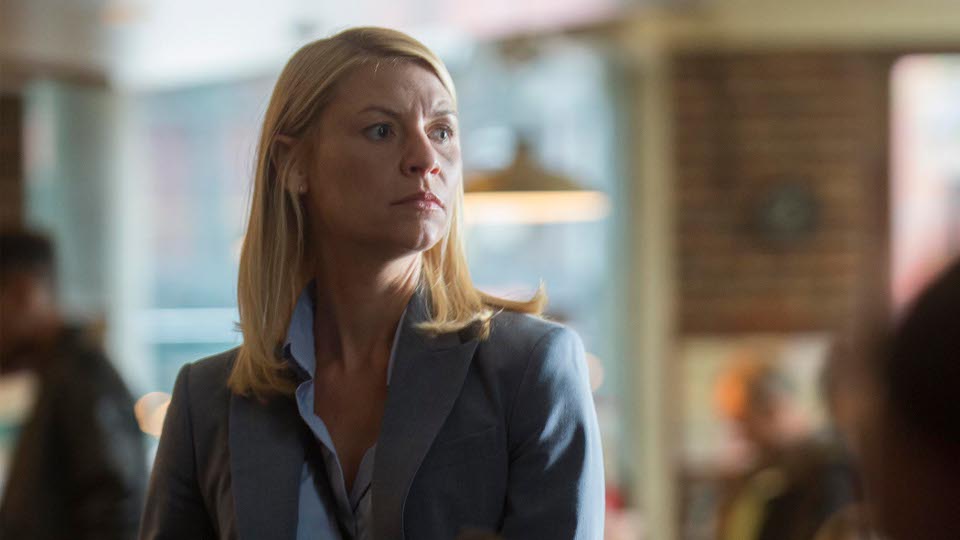 Homeland returns to UK screens tomorrow night (February 18th) for a seventh season. UK viewers should be careful to avoid spoilers, particularly on social media, as we’re getting the season a week behind the US.

The sixth season of the show saw Carrie Mathison (Claire Danes) living back in the US in Brooklyn, New York with her daughter Franny. Carrie was working at a foundation to help Muslims living in America.

The season was set between election and inauguration day and saw the rise of Elizabeth Keane (Elizabeth Marvel) to President of the United States. During the season Keane used Carrie for advice.

Season six was sadly the last for Peter Quinn (Rupert Friend). He had a hard time recovering from his Sarin poisoning and had suffered a massive stroke. Quinn lost his life saving Carrie and Keane.

At the end of the season, Keane broke a promise to Carrie and had 200 officials arrested following an assassination attempt on her life. Saul Berenson (Mandy Patinkin) was among those arrested. Carrie tried to speak to Keane but was refused entry and escorted outside.

Check out the Homeland season 7 trailer below:

Here’s the synopsis for Homeland 7×01 – Enemy of the State:

Carrie and Franny are living with Maggie’s family in DC. Saul and the 200 other federal employees detained after the attempt on the President-elect’s life are still in prison. And President Keane’s administration is under scrutiny.

Looking at the trailer it looks like Carrie is going up against the Keane administration. Saul is released and promoted to National Security Advisor. Jake Weber is back as TV host and provocateur Brett O’Keefe and he still has Keane in his sights.

Homeland airs in the UK on Channel 4 on Sundays at 9pm. Preview the season 7 premiere with our gallery below:

Advertisement. Scroll to continue reading.
In this article:Claire Danes, Homeland