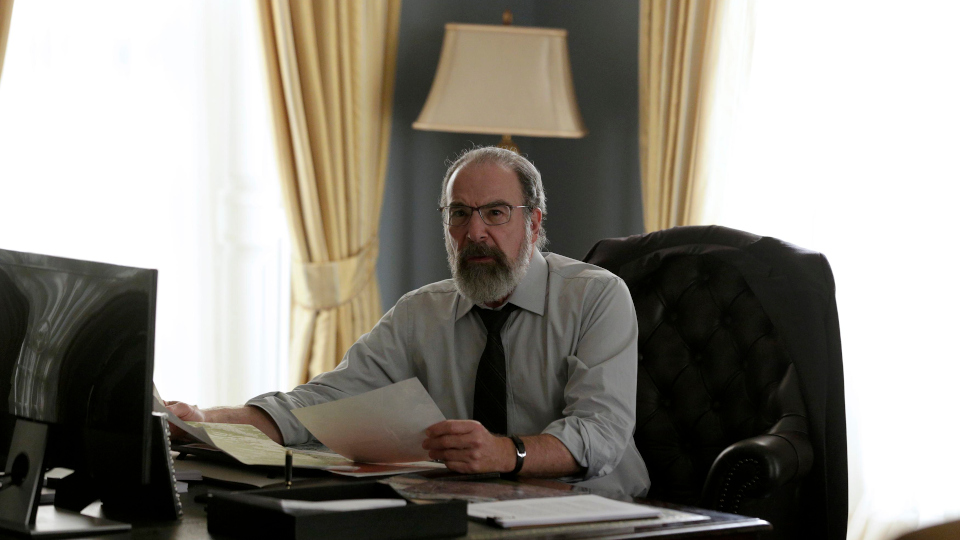 The latest episode of Homeland, saw Carrie (Claire Danes) scrambling to recover the flight recorder and get word out about what it contained.

Carrie first went to Bagram Airport to speak to the helicopter mechanic. He confirmed that it sounded like the helicopter wasn’t shot down but crashed when trying to make an emergency landing. She failed to find Yevgeny (Costa Ronin) but he found her and said that they would only give the flight recorder back in return for the identity of a double agent that Saul had in the Kremlin.

Saul (Mandy Patinkin) reached out to the Russian ambassador who promised to look into the flight recorder. He came back to Saul and denied all knowledge while at the same time dropping a hint that they had it and wouldn’t give it up for anything.

At the White House, Wellington fought to keep President Hayes (Sam Trammell) and John Zabel (Hugh Dancy) under control. They met with the Pakistani ambassador to push again for Jalal (Elham Ehsas) to be handed over. The Pakistani’s threatened to fight back with nuclear missiles should America cross the border into their country.

Elsewhere in the episode, Jalal forced Balach (Seear Kohi) to find a suitable American target. He then had him rig a car with explosives and forced him to be the suicide driver. He did this by kidnapping his family and promising to kill them if Balach refused. Balach had no choice but to agree and crashed his explosive-filled car into the Afghan/Pakistani border checkpoint. At the time the captured special ops team were being brought back. It looks like they will have been killed in the blast.

At the end of the episode, Carrie turned herself in to the CIA station and forced them to arrest her. She was put on a plane back to the US.

Here’s the synopsis for Homeland 8×11 – The English Teacher: