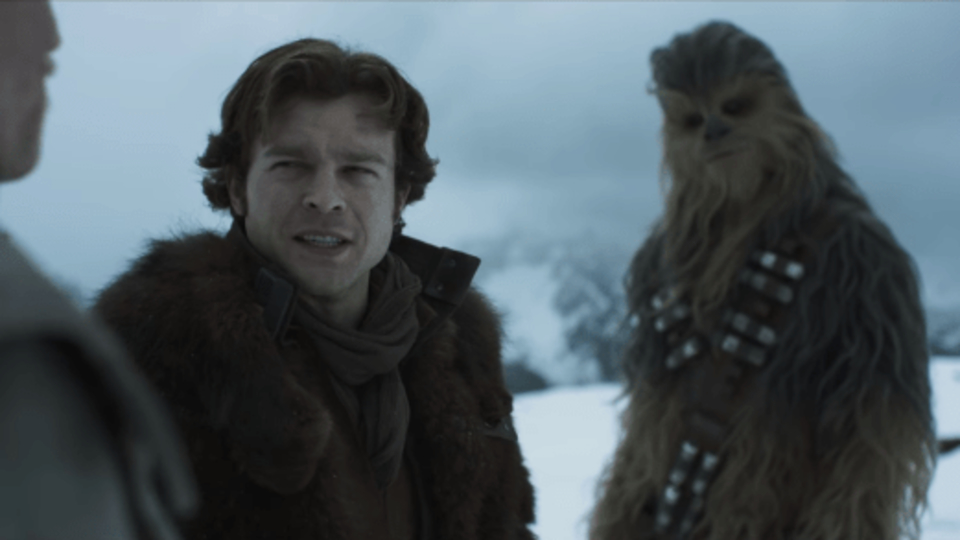 After the teaser that dropped during last night’s Superbowl, a first look, full trailer has been released for Solo: A Star Wars Story.

Board the Millennium Falcon and journey to a galaxy far, far away in Solo: A Star Wars Story, an all-new adventure with the most beloved scoundrel in the galaxy.

Through a series of daring escapades deep within a dark and dangerous criminal underworld, Han Solo meets his mighty future co-pilot Chewbacca and encounters the notorious gambler Lando Calrissian, in a journey that will set the course of one of the Star Wars saga’s most unlikely heroes.

The trailer looks to have some interesting moments, especially involving the Millennium Falcon.

We also have proper looks at both Chewbacca and Lando Calrissian, who will make the core trio of this story a success.

With director Ron Howard a safe pair of hands for this franchise, we won’t have long to wait for Solo to land in cinemas.

Howard was brought in to direct the movie when original directors Phil Lord and Christopher Miller left due to creative differences.

The film is the latest in a long line of new Star Wars films and follows the release of Star Wars: The Last Jedi.

Read what we know about Solo: A Star Wars Story so far.

Following the success of Star Wars: The Force Awakens in 2015, Lucasfilm and Disney have been plotting plenty of films for the franchise. Rogue One: A Star Wars Story was released in 2016 and made more than $1 billion at the box office and drew critical and fan praise.