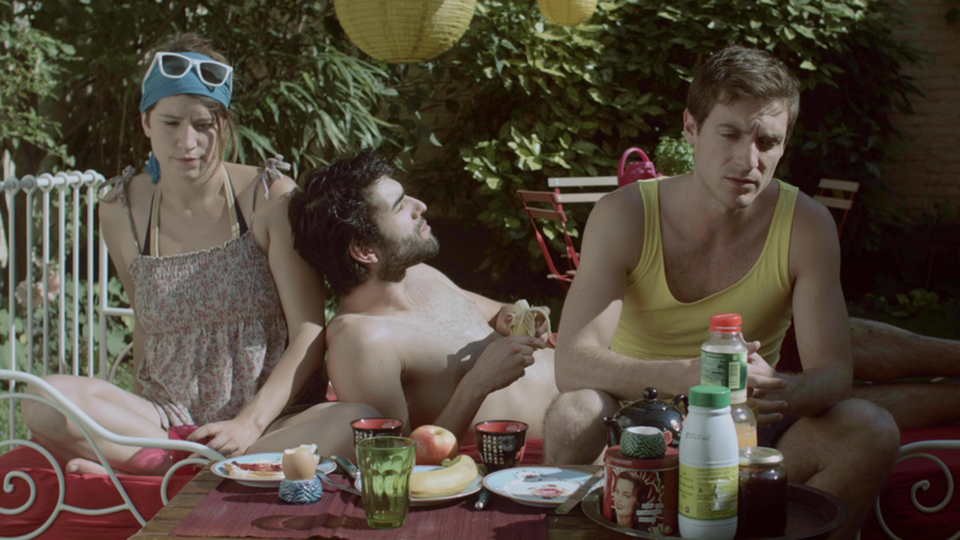 A group of friends is thrown into emotional turmoil when one of them, Hugo (Gaël Maleux). dies after having sex with his girlfriend Ana (Marie Denys). The shock death pushes the friends in different directions as they try to cope with the unexpected event and deal with the unwanted reminder of their own mortality. Ana starts sleeping with strangers, the promiscuous Arthur (Tristan Schotte) is pulled into the middle of Graciano (Gabriel Da Costa) and Dahlia’s (Adriana Da Fonseca) and Léo (Séverine Porzio) and Louis (Arnaud Bronsart) struggle to communicate their wants and needs to each other.

Even Lovers Get the Blues is the feature film debut of writer/director Laurent Micheli. The film is uneven in tone and often ponderous but it’s dream-like narrative is oddly appealing. It takes a little bit of time to get your head around who’s who and how they relate to one another but once you get that straight there’s plenty to enjoy. Essentially it takes a look at a group of hedonistic friends who are confronted with harsh reality and explores how they pick themselves back up in the aftermath.

Despite the group being in their early 30s, none of them is equipped at dealing with real life so each of them struggles in a different way. Ana uses her body and sex to try and understand what her life means without Hugo while Graciano embraces his bisexuality in a way he never had before. Hugo’s death compels each of the characters to look at the life they have been living and find meaning in it in order to move forward.

Even when the narrative gets a little too loose, the performances of the cast are really strong. Marie Denys brings real grit to the grief of Ana and you feel for her throughout the movie. Also worthy of note is Tristan Schotte as Arthur, who puts in a stellar performance that you’ll remember long after the credits have rolled.

Even Loves Get the Blues is a film that will test you. At times you won’t even like most of the characters and it can be hard to understand why they do the things they do, but you just have to accept that grief can make people do crazy things. The narrative could be stronger but Micheli’s writing and directing is enough to keep you engaged, as are the performances of the cast.

Advertisement. Scroll to continue reading.
In this article:Even Lovers Get the Blues, TLA Releasing